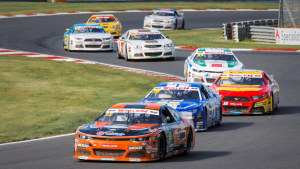 Raised in Lynchburg Virginia area with 4 sisters, he married and began his own family there, before   relocating to the Washington area for a career with Safeway spanning over 30 years, retiring only after being seriously injured in a store robbery.  Suffering a disabling stroke shortly afterwards, he persevered with the devoted care of second wife, Joan, relocating closer to her daughters (Paula and Pamela), with whom he resided in the months following her death in 2013.  Early in 2014 he returned to the Washington area, close to his son (James Jr.), and two of his sisters and nearer his daughter (Rebecca).

In addition to Joan, he was predeceased by a son (Stephen), two sisters (Mary A. and Patsy), and his second wife’s son (Michael).

We will remember his resilient good nature, quiet stoic strength, integrity, courage, grace and valiant effort in the face of overwhelming challenges, appreciation for each day of life, and love of laughter, good food, cold beer, football, music, NASCAR, the beach and family.

Whatever cards life dealt, to the end, he projected the serenity of a man holding a satisfying hand, and looking forward to each new day.

The family wishes to thank the Sisters, Nurses and Staff of Sacred Heart Home for their care and quality of life they helped him achieve in his final years.

To send flowers to the family or plant a tree in memory of James A. "Sonny" Lindsay, please visit our floral store.

You can still show your support by sending flowers directly to the family, or by planting a memorial tree in the memory of James A. "Sonny" Lindsay