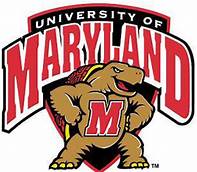 Anyone who knew Dale Robert Kline knew two fundamental truths about him; one he loved his daughter more anything in the world and two, he worked way too much.

Dale was a lifelong resident of Riverdale, Maryland. He moved from his parent’s house to his first (and only) home in 1986. (using a wheelbarrow) Dale gave over 46 years of his life to CVS Pharmacy (People’s Drug, before the name change). He got his first job there as a bag boy and worked his way up to manager. However, anyone who worked with him knew he was way more than that.

In October of 2020 Dale got the news that he had multiple myeloma. What the doctor’s thought was a very treatable disease, turned out to be an extremely aggressive cancer. The cancer quickly spread into his lungs, shoulder, and brain. Four truly short months later, on February 13, 2021 the Lord called Dale home to be in peace.

He is survived by his daughter, Heather Ann Lilley (Kline), his grandchildren, Steven “Austin”, Lorelai, McKenna, and Bentley Lilley, his father Robert Kline, and his sister Jean Kline.

He was preceded in death by his mother Joy Kline (Lynch).

Although everyone who knew him will miss him dearly, may we all take comfort in knowing he is free from suffering, spending his days fishing among the stars. We may never be able to hear his wisdom again, or have him make us laugh, but the memories of him will live on in our hearts forever. If you knew him, you will not forget him.

To quote one of his favorite artists, Billy Joel, “Only the good die young” and he was truly one of the best!

There will be a celebration of life outdoors when weather permits, the family will announce the date at a later time.

In Lieu of flowers the family requests memorial tributes be directed to Dale Kline’s funeral fund to assist with expenses.

The Go Fund My Link: gf.me/u/zjdhzd

To send flowers to the family or plant a tree in memory of Dale Robert Kline, please visit our floral store.

You can still show your support by sending flowers directly to the family, or by planting a memorial tree in the memory of Dale Robert Kline
Share a memory
© 2021 Gasch's Funeral Home, P.A.. All Rights Reserved. Funeral Home website by CFS & TA | Terms of Use | Privacy Policy