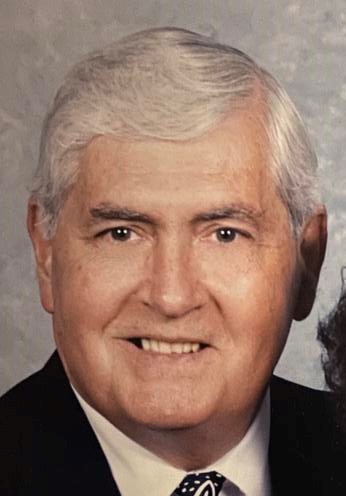 
Lanham – William Kenneth Ferguson, 87, went to be with The Lord on Saturday, November 13th,
2021. He entered the realm of glory surrounded by the love of his family and the sweet sound
of hymns he treasured.

William “Bill”, was born July 11th, 1934 in Altoona, Pennsylvania to the late William Brown and
Evelyn Mae (Cessna) Ferguson. He was the oldest of three sons, Allen Harold Ferguson and the
late David Lynn Ferguson.

He attended Eastern Bible College, presently University of Valley Forge, in Green Lane,
Pennsylvania, graduating in May of 1960. Together they made their life’s work serving the
Kingdom of God, pastoring Maranatha Assembly of God in Grantsville, Maryland and later
Trinity Assembly of God in Lanham, Maryland.

He loved football and attained his dream of playing one year of semi-pro football for the
Hagerstown Bears. One of his favorite places to be was “Rabbit Hollow,” the cabin he built in
Accident, Maryland, surrounded by the love and laughter of his family.

In lieu of flowers, donations will be accepted to his memorial fund in c/o of Trinity Assembly of
God, 7800 Good Luck Rd, Lanham, MD 20706.

Services will be held Friday, November 19th @ 12pm at Trinity Assembly of God in Lanham, MD.
They will be available via livestream:  www.trinitylanham.org

To order memorial trees or send flowers to the family in memory of William "Bill" Ferguson, please visit our flower store.