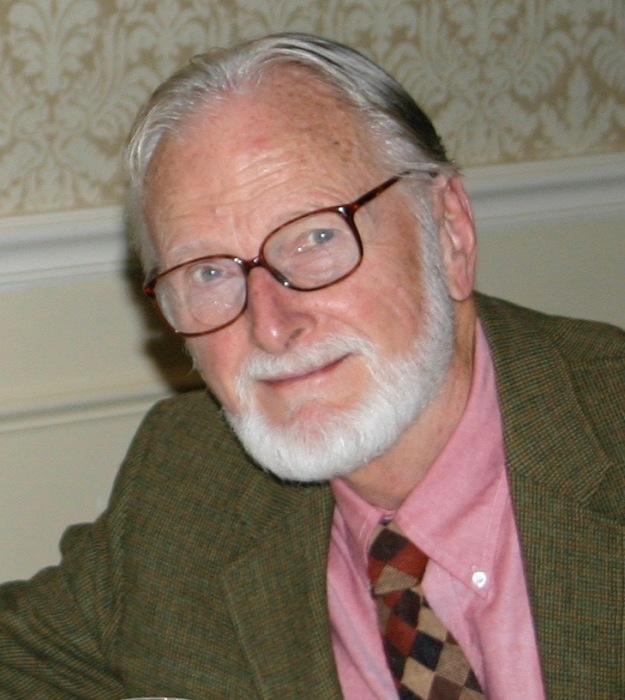 On Tuesday, January 9, 2018. Devoted husband of 60 years to the late Angela Bayer Rooney.  Beloved father of Kate Rooney and the late Christopher Rooney. Loving grandfather of Alex, Megan, Lauren Miskovsky and Alexis Rooney. Brother of the late Richard Rooney and Mercedes Rooney. Survived by his daughter-in-law Kim Rooney, as well as numerous nieces, nephews, cousins, friends and neighbors. Tom was born in Cleveland, Ohio in 1924. He was drafted into World War II when he turned 18 and served for three years. Following his interest in sculpture, he moved to Washington DC in 1951 to attend Catholic University on the GI Bill, and received his Masters in Art. He met a fellow CUA student, Angela, and they married in 1956 and soon purchased their beloved home in Brookland. In 1961 Tom began a long career as an art professor at CUA, including being chairman of the Art Department from 1973-1983, until his retirement in 1995.  Throughout his life Tom continued his work as a sculptor and was a very active member with the Washington Sculptors Group, exhibiting his work in many shows around DC.  Alongside his wife, Tom was a community activist.  He was involved in the “Freeway Fight” of the 1960s-1970s through the Emergency Committee on the Transportation Crisis, which successfully stopped plans for I-95 to plow through the city which would have destroyed many neighborhoods like Brookland. Tom testified often in support of the development of public transportation, the construction of the Metro System and preservation of Brooks Mansion, the Soldiers Home and the McMillan Reservoir. Tom was a true gentle soul, and will be remembered for his kindness and generosity, always ready with a joke and a Manhattan. A Funeral Mass will be offered at St. Anthony’s Catholic Church, 1029 Monroe St NE, Washington, DC on Saturday January 13, 2018 at noon. Interment Mt. Olivet Cemetery. In lieu of flowers, memorial contributions may be made to capitalcaring.org

To order memorial trees or send flowers to the family in memory of Thomas Rooney, please visit our flower store.