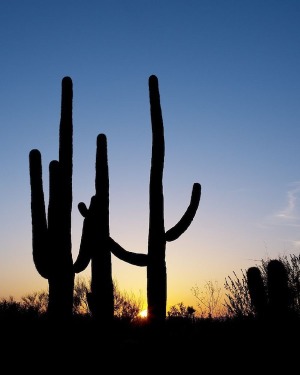 Thomas (Tom) Berry was born on July 20th, 1941 in Washington, D.C. He was preceded by his parents Thomas Edward and Elizabeth (Mitchell) and survived by his wife of 35 years Mary (Flannery), children Victoria and Thomas J., siblings Marjorie Grimsley (John) and Raymond Hillard (Aouicha). Of Hyattsville, MD, Tom passed on November 25, 2020.

He is also survived by numerous cousins, nieces, nephews, Catholic University Women’s Basketball Players and Coaches, and nurses at the University of Maryland Medical System Cancer Center in Baltimore, MD.

A Ward 5 Washingtonian for over 40 years, Tom was a product of the District of Columbia Public School System and Archbishop Carroll High School (Class of 1959). He went on to study at The College of William and Mary before working at the Capital City Federal Savings and Loan Association. He also served as an United States Army Reservist.

At Archbishop Carroll, he was a member of the boy’s basketball program that set a Washington, D.C. record of 55 consecutive victories, which still stands to this day. Other members of this team include: Coach Bob Dwyer, The Reverend Edward “Monk” Molloy, George Leftwich, Tom Hoover, and John Thompson, Jr.

Upon his marriage in 1985, he moved to Hyattsville, MD where he and his wife, Mary, raised their children, Victoria and Thomas J.

He was an avid follower and season ticker of the Washington Football Team, Washington Capitals, Washington Bullets, and Maryland Terrapins for many years. He was also passionate about the railroad, horse racing, golf, and reading The Washington Post daily. As his children, nieces, and nephews grew up, he was always in attendance at their games.

Beginning in 2002, he became a dedicated follower of the Catholic University basketball programs in his native Brookland neighborhood in Northeast D.C.. From 2006-2017, he attended nearly all home games and traveled with the team for away contests with his son. During this time, C.U. won the 2012, 2013, and 2015 Landmark Conference Championships and 2014 ECAC Championship. He got to know over 80 players and their families that came through the program, in addition to many other coaches and players from teams at Catholic U. No matter the weather, he could often be found at Catholic soccer, field hockey, football, baseball, softball, and lacrosse games as well.

In May of 2017, he began a nearly four-year battle with Stage IV Gastric Cancer. During this time, he still attended nearly every C.U. home game while enduring weekly chemotherapy treatments.

Special thanks go to all the nurses and doctors at the University of Maryland Medical Center in Baltimore, MD. Their dedication and kindness made his final years much brighter. The bond they created actually made him look forward to appointments and treatment.

Due to the COVID-19 pandemic, the family will be holding a private burial service at St. Paul’s Church in Northwest D.C.

To order memorial trees or send flowers to the family in memory of Thomas Berry, please visit our flower store.