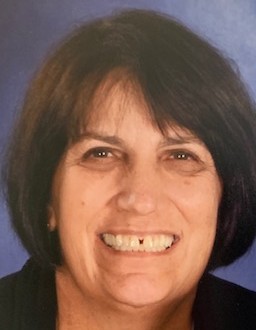 Theresa Joanne Enfield, a pillar of her church and Best Friend Forever to countless admirers, died peacefully on Friday, June 21, 2019, at Holy Cross Hospital, encircled by her family. She was known for her many commitments in faith to her beloved S t. Jerome’s Catholic Church in Hyattsville, MD, where she was a Eucharistic minister and had served variously over the years as President of the Parish Council, heads of a feeding the poor program and overseer of the weekly coffee and donuts klatch known as Fellowship.  In 2011, Enfield was a recipient of the Manifesting the Kingdom for Dedicated Service by the Archdiocese of Washington, presented to her at the Basilica of the National Shrine of the Immaculate Conception. Known as “Terry” to her family, friends and even newfound acquaintances, she cut the same making friends inspiring colleagues swath through her more than 30 years of office manager at Kleinfeld, Kaplan and Becker, a law firm in Washington, DC, and was still working here at the time of her death. Her commitments to church and work notwithstanding, Enfield found plenty of time to dote on her two grandchildren, the straws that stirred her drink.  Enfield was born in Washington, DC on February 26, 1951 and graduated from St. John Baptist de la Salle Catholic School in 1965. She was a graduate of Northwestern High School in Prince George’s County, MD, and subsequently obtained a Bachelor’s Degree at the University of Maryland. She was preceded in death by her husband, Brian Enfield, and her parents, Nicholas and Sara Marmo, who immigrated years earlier to the United States from Italy. She is survived by her daughter, Kelly Veronica Gordon, and son-in-law Michael J. Gordon, of Lewes, DE; her son, Craig Anthony Enfield, and daughter-in-law Amber Thompson Enfield, of Laurel, MD; husband Merrill J. Hartson, along with two brothers, Victor and Louis Marmo, and their wives, respectively, Regina and Irene Marmo. She is also survived by her nephew, Anthony Marmo and his wife, Margaret, niece Angela Italia and her husband, Andrew, niece Nicole Rydzewski and her husband, Joe, nephew David Marmo and his wife, Michelle, and niece Christina Marmo, along with her grandson, Nicholas Jack Gordon and granddaughter, Jace Charlotte Enfield. A viewing will be held at Gasch’s Funeral Home, P.A., 4739 Baltimore Avenue, Hyattsville, MD on Thursday, June 27 from 6 to 8 pm. A funeral service will be held at S t. Jerome’s Catholic Church, 5205 43rd Avenue, Hyattsville, MD 20781 at 10 am on Friday, June 28. In lieu of flowers, memorial contributions may be made in Terry’s name to the National Kidney Foundation, Inc., 30 E.  33rd St., New York, NY 10016, www.kidney.org or to St. Jerome’s Catholic Church.

To order memorial trees or send flowers to the family in memory of Theresa "Terry" Enfield, please visit our flower store.