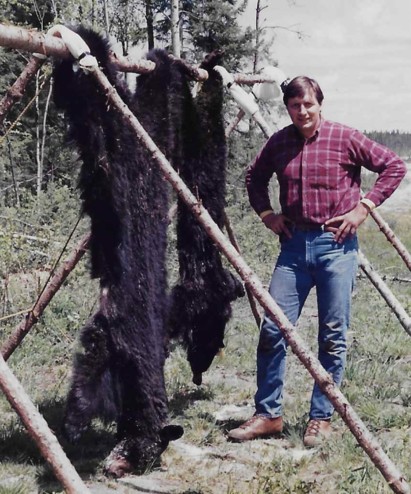 Theodore M. "Ted" Visnic, Jr., 62, from Glenwood, formerly of Hyattsville, Maryland passed away Monday, October 23, 2017. His passion for craftsmanship and the people he served combined with his talent as a skilled carpenter, led to dozens of local and national awards over his thirty-five-year career, including twice receiving the honor of National Custom Home Builder of the Year. He served his industry as member and Chairman of the NAHB Custom Home Builder's Council and partnered with builders across the country to improve the art of fine custom home building. An avid and talented sportsman, Ted was a legendary marksman & hunter. As a baseball coach and mentor, his championship teams developed athletes to perform on the field and in life at the highest level. Few could match his infectious enthusiasm as a Baltimore Ravens fan. A beloved and dedicated father, grandfather, brother, son and friend, he is survived by children Aaron, daughter-in-law Connie, Lauren, Stephen, daughter-in-law Ashlee, and grandchildren Julia, Marshall, Olivia & Pierce. Ted is also survived by his mother Linda R. Gray, father, Theodore M. Visnic, Sr., brother Lawrence Visnic and sister, Lisa Sheehan. Ted's laughter, curiosity, uncanny eye for detail, robust personality, eager friendship and profound sensitivity for so many he loved will be fondly remembered. Friends may call at Gasch's Funeral Home, P.A., 4739 Baltimore Avenue, Hyattsville, MD on Sunday, November 5 from 2 to 4 p.m. Funeral Mass will be held on Monday, November 6 at 10 am at St. Jerome's Catholic Church, 5205 43rd Avenue, Hyattsvillle, MD. Interment Gate of Heaven Cemetery.

To order memorial trees or send flowers to the family in memory of Theodore Visnic, Jr., please visit our flower store.