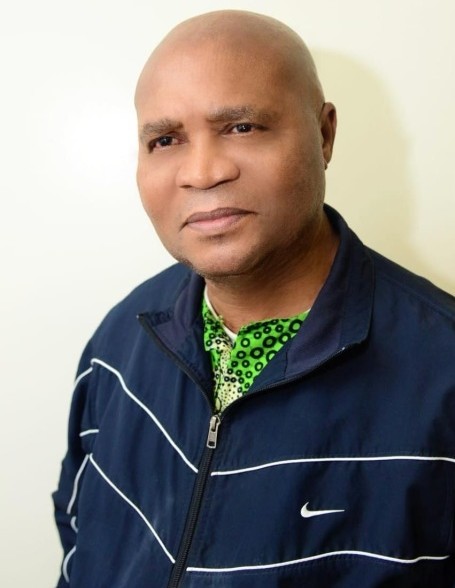 Godwin Ugorji was given the wonderful gift of life on Christmas day 1946, and after 73 years, he’s had to give it back. He led a peaceful, happy, generous, kind, and fulfilling life. On April 7th 2020, he succumbed to dementia in his sleep.

Godwin is survived by his wife Lady Celine Ugorji, four children - Tochi Ugorji Feger, Anthony Ugorji, Charles Ugorji, and Kelechi Ugorji, 10 beautiful grandchildren, brothers, sisters, nieces and nephews. His family and friends were great interests in his life. He belonged to the “knights of Columbus” which he greatly revered, and was a stout member of “St Jerome Catholic Church”.

Fondly remembered as “Boy” for his gregarious and warm personality, he will be greatly missed!.

Until we meet again, we love you DADDY…

A private viewing, presided by Father Charles Udeh, will be held on May 1, 2020 at Gasch's Funeral Home, P.A. in Hyattsville, Maryland.  Interment will follow at the Gate of Heaven Cemetery, 13801 Georgia Avenue, Silver Spring, Maryland 20906.

To order memorial trees or send flowers to the family in memory of Sir Godwin Ugorji, please visit our flower store.