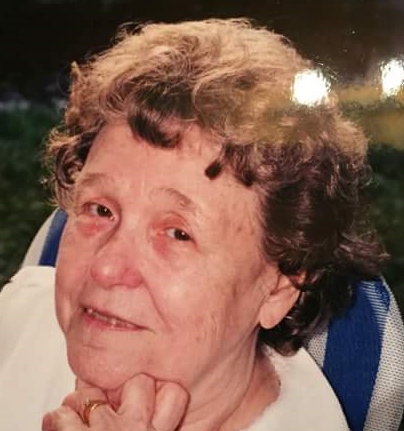 The wife of Pratt J. “Jim” Chroniger, she and her husband would have celebrated their 70th wedding anniversary this June 9th.

Mrs. Chroniger was born in Franklin, PA and was the daughter of the late Reuben and Violet Harkless Dean.  Following the death of her mother when she was eight, she was raised by her aunt.  The Chronigers moved to Shiloh last June to live with their son and daughter-in-law, Pastor Donald L. and Charlotte Chroniger.

She worked several years ago as a receptionist and cashier for Malen Medical in Riverdale Park, MD.  She was a longtime member of the Central Seventh Day Baptist Church in Mitchellville, MD where she served as a deaconess.  In addition, she was active with the church’s Sabbath School.

Mrs. Chroniger had a great love for children.  Besides her church activities, she also brought children into her home; feeding them and helping them during their formative years.

Relatives and friends are invited to attend a visitation at the Freitag Funeral Home, 137 W. Commerce St., Bridgeton on Tuesday evening May 22nd from 6 until 8.

An additional visitation will be held at Gasch’s Funeral Home, 4739 Baltimore Avenue, Hyattsville, MD on Wednesday morning May 23rd from 10 until 12 Noon followed by a 12 Noon funeral service.

The interment will take place at Ft. Lincoln Cemetery in Brentwood, MD.

In lieu of flowers, memorial contributions are requested in Mrs. Chroniger’s memory to the Shriners Hospitals for Children, 3551 N. Broad Street, Philadelphia, PA  19140.

To order memorial trees or send flowers to the family in memory of Rose Chroniger, please visit our flower store.