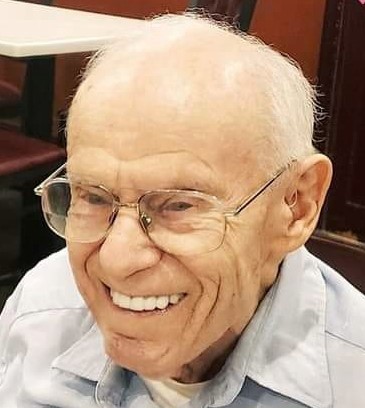 Ronald was born in Currie, Minnesota and earned his bachelor’s degree in electrical engineering from the University of Minnesota.  He served as a US Army officer during WWII and was assigned to the White House Communications Agency.  He later completed his service in the Army Reserve as a Major.  After the war, he installed communications systems in South America for Pan American Airways.  Following that, he worked for the National Security Agency, from which he retired in 1979.

Ronald served as 1st Vice President of PATACS (Potomac Area Technology and Computer Society) and its predecessor organization, NCTCUG, from 1986 until his passing.  He was a Life member of the National Model Railroad Association (NMRA) and the Mid-Eastern Region, Potomac Division of the NMRA, and a longtime member of the Chesapeake Trainmasters Club. He was a former Budget Committee Chair and Treasurer of the Mid-Eastern Region of the NMRA.

He is survived by his children Eric Schmidt (Bette), Edward Schmidt, and Jennifer Cherer (John); grandchildren Jodi Gonzales (James) and Randall Schmidt (Karen); and great-grandchildren Heath, Eva, Michael, and Nicholas.  He was preceded in death by his parents, Edward and Lillian Schmidt, his sister Lorraine Cole, his wife Marie and his son Michael.

The family will receive guests at St. Mary’s Church, 7301 Annapolis Rd, Landover Hills, MD for Visitation on Wednesday April 6, 2022, 10-11 AM, followed by a Funeral Mass at 11 AM.  Interment at Arlington Cemetery will be at a later date.  In lieu of flowers, memorial donations may be made to SOME (So Others Might Eat) or Capital Caring Health.

To order memorial trees or send flowers to the family in memory of Ronald Schmidt, please visit our flower store.