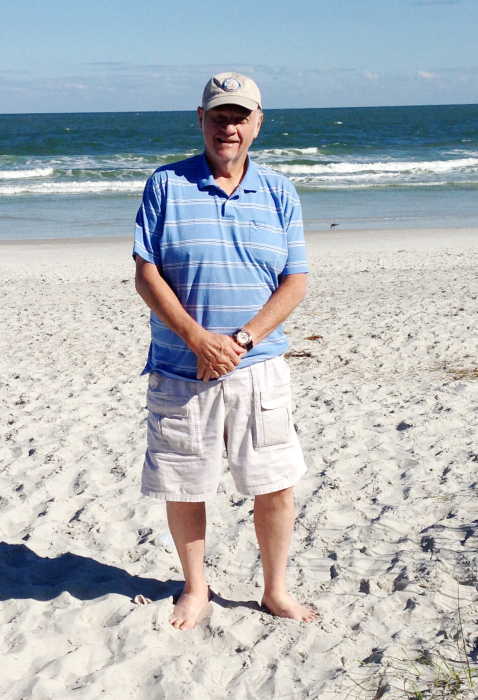 Richard Thomas “Tom” “Tommy” Tucker, age 77, of Gaithersburg, Maryland, passed away on November 30, 2020. Born in Washington, D.C, he was the son of the late Lena F. Tucker and the husband of Rosemary Tucker. He graduated from Anacostia High School in Washington D.C and Lincoln Technical College where one of his passions was Mechanical Management and HVAC. Richard was a standout football player at Anacostia. Early in his professional career he managed three Shell and Exxon Service Stations before attending tech school. In 1983, he gave up pumping gas and hired on as HVAC tech with Georgetown University and served in various roles until August 2020. Living in Gaithersburg, Maryland, Richard was passionate about sports and spent the better part of 20 years with his son writing for Pointed Magazine, where his travels took them across the country to various events. He spent 25 years at Georgetown heading up the Graduation Facility Management planning. Richard is survived by his son, Sol, wife Rosemary, sisters-in-law Carole Siegel and Betty Rodgers, daughter-in-law, Erin and grandpuppy Lady Lavache. He often enjoyed sitting trackside with his son watching trains, where he, along with his son, met quite a few lifelong friends. Richard loved to bake German Chocolate and Carrot Cakes and enjoyed playing basketball in his spare time, one of the main reasons he followed most local pro sports so passionately. Arrangements are being handled by Gasch's Funeral Home, P.A., Hyattsville, MD. Services and interment will be held at Ft. Lincoln Cemetery in Brentwood, Maryland. In lieu of flowers, memorial contributions may be made in his name to: Prostate Cancer Foundation, www.pcf.org. Prostate Cancer Foundation 1250 Fourth Street Santa Monica, CA 90401 Condolences may be left on his virtual tribute wall at www.gaschs.com.

To order memorial trees or send flowers to the family in memory of Richard Tucker, please visit our flower store.