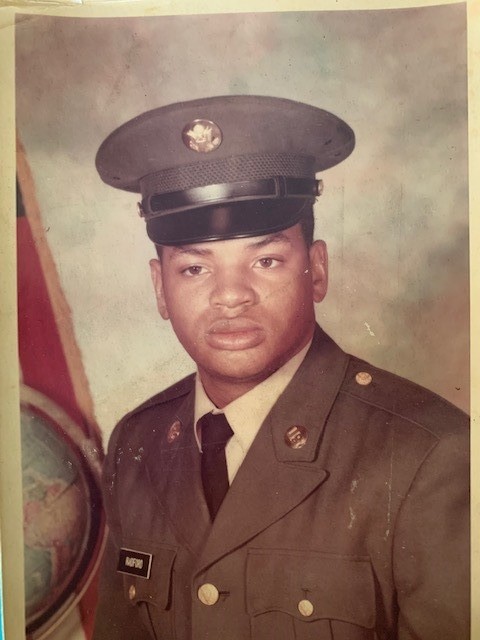 Randy R. Radford, Sr. passed peacefully with loved ones by his side on Friday, March 12, 2021 at Holy Cross Hospital in Silver Spring, MD. He suffered from a long illness. Born in Beckley, West Virginia on September 29, 1951 to the late Nathaniel J. Radford, Sr. and Frances E. Wylie Radford, he was the third of six children. At age 13, he along with his family relocated to Washington, DC where he graduated from Elliott Jr. High School as valedictorian and then from Eastern Senior High School in 1969. He was baptized and gave his life to Christ at an early age. While a young adult, he joined his beloved Trinidad Baptist Church in Washington, DC and remained a faithful member throughout his life for 40+ years.

After graduation from Eastern, Radford (as he referred to himself) joined the United States Army. He served as a military policeman and also with Special Forces of the 82nd Airborne Division during the Vietnam era. Some of his proud accomplishments include a Presidential Citation from former President Richard M. Nixon and his assignment to participate in securing a famous war criminal in a highly secured military operation. He was a member of the Army’s boxing team and won the welter weight championship for the Mid Atlantic Region.

In March of 1982, Randy met the love of his life, Evangeline Smith, at the Department of Commerce in Washington, DC. They married on December 09, 1982 and through this union they were blessed with a son, Randy, Jr.

Following his honorable discharge from the Army, Radford utilized the GI Bill to attend the District of Columbia Teachers College and the University of the District of Columbia where he earned an Associate in Arts Degree in History and a Bachelor of Arts Degree in History. He subsequently earned a Master of Science Degree in Administration and Organizational Management from Central Michigan University. Obituary

His varied work history includes the position of Managerial Program Analyst for the Department of Defense, overseeing law enforcement for the Pentagon. There he also served as a Training Coordinator where he taught supervisory courses in the Training Academy.

Radford had a number of entrepreneurial accomplishments. He had a degree in automotive technology and once worked for himself purchasing, repairing and selling automobiles. He built a home improvement business through which he restored shell homes. He owned and operated a lawn care business. His hard work, foresight and discipline empowered him to generously assist others in need and he took great pride in helping.

To order memorial trees or send flowers to the family in memory of Randy Radford, Sr., please visit our flower store.