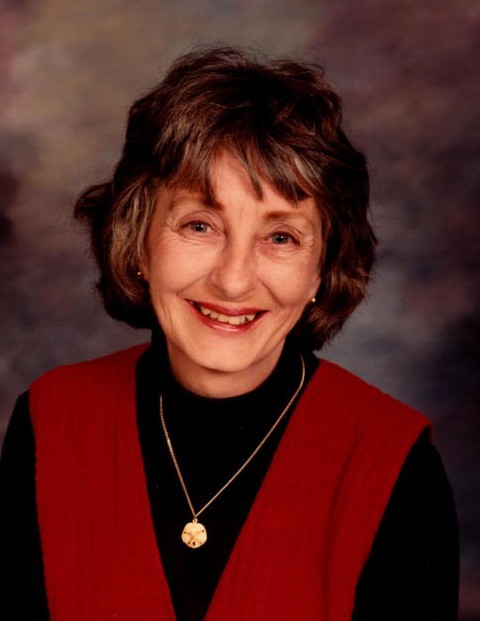 On Sunday, March 10, 2019, Peggy Joyce Maxwell, 80, of Dagsboro, DE and formerly of Lanham, MD died peacefully with her family at her side.

Peggy was born in Washington, D.C. on January 16, 1939 to her parents, Gladys Lee and James Albert Mangum. She was the eldest of their four children and the first born female grandchild of the extended Mangum family.  She grew up in Bladensburg, MD and graduated from Bladensburg High School in 1956. Peggy married Michael Drake Maxwell, her beloved husband of 61 years, in 1957.

Peggy was a skilled secretary and started her first job at Litton Industries in College Park just days following her graduation. In her later career, she worked as secretary of District Council 51 of The International Union of Painters and Allied Trades (IUPAT) from which she retired. She was a member of Local Union 1937 of IUPAT and served there in the office of Recording Secretary for many years.

Peggy and Mike bought their first house in Lanham, Maryland in 1965 where they lived for 39 years and raised their family of three children. For 42 years, they were summertime residents of Cedar Shores in Ocean View, DE. They loved the area so much that upon retirement they relocated to Dagsboro, DE where they have lived for 14 years, enjoying their beach living year round.

Peggy was very active throughout her life volunteering to serve in many capacities. As a young person in Bladensburg she was on the Ladies Auxiliary at the Bladensburg Volunteer Fire Department where Mike served as a volunteer firefighter.  She was an active member at St. Luke’s Episcopal Church in Bladensburg and held various offices at St. Christopher’s Church in New Carrollton, MD. While raising her family she volunteered at the children’s schools as room mother and served on PTA committees, and helped out with Scouts and Job’s Daughters. She was an enthusiastic member of the Cedar Shores Homeowners Association serving in various offices, most recently as a member of the ByLaws Committee.

Peggy’s interests were varied but always involved conversation and connecting with people. As a very little child in the Shirley Temple era, she was excited to sing and dance on the countertops of downtown Washington, DC department stores tossing her sausage curls to the applause and delight of customers.

The love of dancing was a lifelong interest. Peggy, wearing a signature red colored dress, and Mike were a favorite couple on the floor at all dances and on The Wilson Line. In later years she delightedly joined the Electric Slide and coerced grandchildren to join her in the Chicken Dance and Macarena.

Peggy loved to garden and enjoyed sitting out on her patio in her chaise lounge admiring her work. She enjoyed visiting nurseries and plant stands, chatting with the growers and selecting plants. Red geraniums were her favorites and a yearly staple.

She enjoyed crafts: ceramics with friends that produced many family treasures and crocheted afghans which she proudly displayed. She liked reading, too, especially when sitting by the ocean; she also loved going to the movies for a matinee.

She enjoyed playing card games, particularly Canasta, Hearts and a rollicking game of Scat. Her favorite board game was cutthroat Parcheesi; she took great pleasure in beating everyone at it.

She deeply loved saving for, planning and taking family vacations to Wildwood, NJ, Virginia Beach, VA and Deep Creek Lake and Ocean City, MD. There were also many weekend jaunts to nearby historic sites and battlefields. In younger years trips involved a camper and in later years they evolved to condo living and ocean cruises.

At Cedar Shores, she treasured poolside conversation with neighbors and friends and watching the sunset over the Indian River Bay from her balcony. The holiday pig roasts when all the owners and extended family would be there were special times for her.

She also enjoyed the journey across the Bay Bridge for frequent fun reunion luncheons of the St. Christopher’s Supper Club at Pirate’s Cove in Galesville, MD; Peggy and Mike were two of the original members.

Any memory of Peggy will include a picture of her with children whom she dearly loved. She was as tiny as they, so they thought she was a kid just like them. Throughout her life, she was able to join them down on the floor for cards, board games or imaginative play with toys. Over decades of generations as big sister, Mommy, Aunt Peggy and Mimi as her grandchildren called her, she would delight them as they marched about with her, singing and dancing. When they were older, she enjoyed reminiscing and retelling family stories to them with much laughter.

Most of all, Peggy enjoyed loving and enjoying her family and being helpful and so generous to them.

To order memorial trees or send flowers to the family in memory of Peggy Maxwell, please visit our flower store.