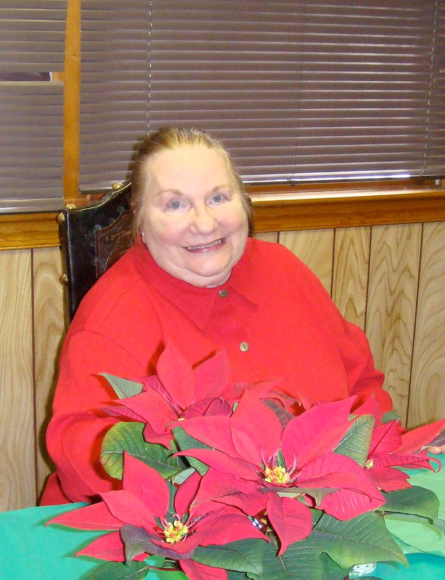 On Friday, December 15, 2017 of Hyattsville, MD, at the age of 84. Mrs. Bonacorda was born in Brooklyn New York. She was the Loving wife of the late Thomas E. Bonacorda. Loving mother of Frank V. Bonacorda of Shepherdstown, WV, Susan K. Hayes of Annapolis, MD, Lydia Bonacorda of Hyattsville, MD, and the late Thomas P. Bonacorda. Grandmother of Frank Bonacorda, Patrick Bonacorda, Christopher Bonacorda, Brandon Pletsch, and Sharon Bonacorda. Great Grandmother of Olive Pletsch, Sebastian Pletsch, Connor Bonacorda-Boone, and Elijah Bonacorda-Boone. Mrs. Bonacorda was truly a phenomenal woman. She was President and co-founder of Spartan Sewer Raider Inc., DBA Spartan Plumbing, Heating and Air Conditioning.  She has been President and sole-owner since 1987 till the Present. She was Vice President and co-founder from 1964-1987. Before that she worked for the B. Frank Joy Construction company from 1959-1964. Her personal accomplishments include being recognized three times by The Daily Record as one of Maryland's Top 100 Woman, receiving their Circle of Excellence Award in 2001 for consistently demonstrating leadership in her profession and community. In 2007, she was honored by the NAACP as one of "Women Who Are Making a Difference" in recognition for extraordinary commitment, exceptional performance and continued dedication to equality. In 1998 she and Spartan Plumbing, Heating and Air Conditioning were recognized as Super Circle Members of the Prince George's Arts Council as an outstanding sponsor of Arts and Education. In 1997 she became a member of Prince George's Hospital Board, 1996 Member of Bowie State University Visitor's Board, and in 1996 she served on the Prince George's County Tri-centennial Celebration Committee. Also in 1996, she served as a Judge in the Annual Congressional Arts Competition for Congressman Wynn for Prince George's County. In 1995, she was appointed by Governor Glendenning to be one of three officers for Government House and served from 1995-2003. Also in 1995, she was appointed by Governor Glendenning to the Judicial Selection Committee.  In 1994, she received the Prince Georgian of the Year Award.  Also in 1994, she served as a judge in the Annual Congressional Arts competition for Eleanor Holmes Norton, District of Columbia. In 1993, Governor Schaeffer awarded her the Maryland Medici Award for outstanding corporate commitment to the Arts in recognition of exceptional, innovative and sustained philanthropy. Also in 1993, she became the first woman director of Commerce Bank. In 1991 she was awarded Patron of the Year by the Prince George's County Arts Council. She was the First Female Executive Director of the Washington Metropolitan Association of Plumbing, Heating and Cooling Contractors. Mrs. Bonacorda is also featured in the book, Woman of Achievement in Maryland History. Her civic accomplishments and trailblazing presence will be deeply missed by all who have encountered her. The family will receive visitors at Gasch’s Funeral Home P.A., 4739 Baltimore Avenue, Hyattsville, MD 20781 on Tuesday, December 19, 2017 from 6-8 p.m. A service will  be held at the Little Chapel at Ft. Lincoln Cemetery on Wednesday, December 20, 2017 at 9:30 a.m. Interment Ft. Lincoln Cemetery.

To order memorial trees or send flowers to the family in memory of Patricia Bonacorda, please visit our flower store.