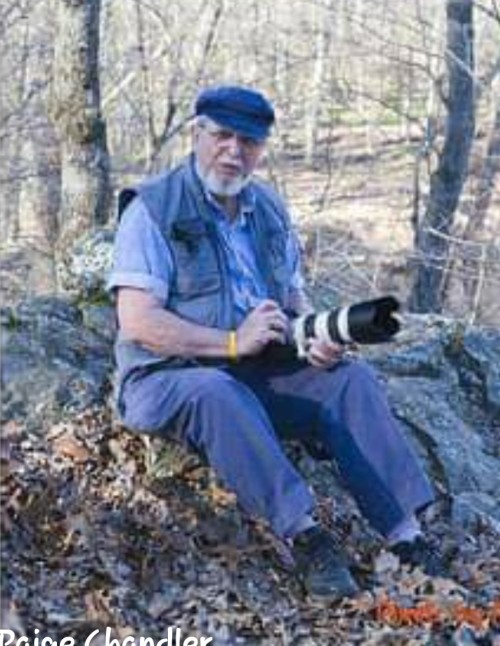 Paige Lou Chandler, 86, of Germantown, MD, passed away on June 8, 2020.  Paige was born in  Washington, DC.  He grew up in Greenbelt where he graduated from Northwestern High School. He was the first in his family to attend college. He earned an A.A. degree from Prince Georges Community College and a B.A. degree from the University of Maryland University College. He was a veteran serving his country in the U.S. Army and worked in the computer industry for the majority of his civilian career.

Paige was also an entrepreneur, having a couple of businesses during his lifetime; a photography business that he had with his younger brother Tom and a singles and D.J. Business years later. He was a software developer and for many years, prepared taxes for clients, family and friends.

Paige loved life in general, but particularly he enjoyed hiking, traveling, photography and spending time with loved ones, including the family dogs, whom he loved taking on hikes with him. He also shared gladly, his knowledge of computers and photography with anyone interested in listening. He had a great sense of humor and was an inspiration to so many.

His most recent accomplishment was becoming a 32nd Degree Member of the Scottish Rite, as well as a member of the Pentalpha Lodge of Germantown, MD. He was so proud of becoming a Brother of the Freemasonry, as was his family.

Paige was a loyal family man and friend, always supportive and encouraging to those around him.

He is survived by his ex-wife, Ann, whom he remained close with, daughters Debbie and Tina, his grandchildren Wayne and Asa, his brother John as well as nieces, nephews and cousins, and his long-time companion, Marie and her family.

Instead of flowers, to honor how much Paige loved hiking on the wooded trails, we ask that you plant a tree in his memory.

To order memorial trees or send flowers to the family in memory of Paige Chandler, please visit our flower store.