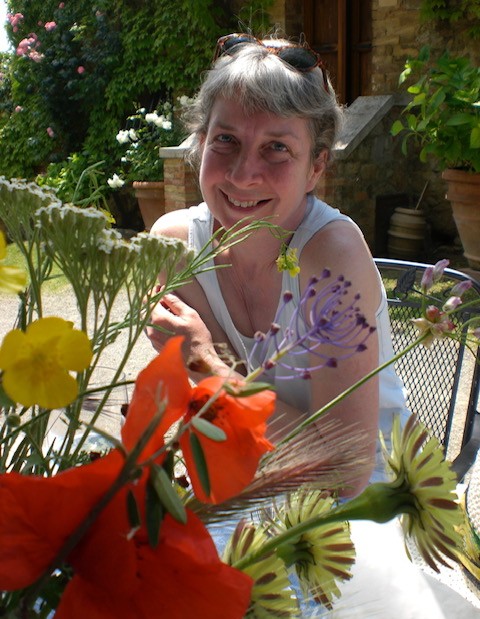 Page Miller of Washington, DC was born on March 19, 1956 in Baltimore, Maryland and passed away at age 64 on April 8, 2020, at Howard University Hospital of complications from pneumonia and kidney failure. She was preceded in death by her parents, Glen and Geraldine Miller. For Page, family were friends and friends were family, and she leaves behind many who will miss her gracious hospitality, wry sense of humor, and loyal friendship. These include her husband of 35 years, Brian Brown; her brother Chris Miller and his wife Delores; dear friends Vanessa Cieslak and Kevin Holloway, Pam Dragovich, and Fiona Mackintosh and Mike Hook, among many others; nieces and nephews to whom she was a most devoted aunt: Zachary Miller, Andrew and Marianne Montgomery, Brighid Neal, Connor Gillen, Terry Sullivan, Tracy Sharma, and Carrie Jirout; and extended family including Terry and Charles Montgomery, Roberta and Dennis Gillen, and Carole and Charlie Sullivan.

Page’s family moved often during her childhood due to her father’s job with IBM, living in Baltimore and Hawthorne, New York before eventually settling in Raleigh, North Carolina, where she attended high school and where the family was active in community theater with the Raleigh Little Theatre. Page’s specialty was lighting, and she remained a skilled electrician throughout her life. After graduating from Davidson College, she moved to Washington and began working at the Library of Congress in 1980, first with the Congressional Research Service, where she met Brian and many of her lifelong friends, and then in the U.S. Copyright Office, where she served as a public information officer for nearly 40 years. She was known to her co-workers as a wise mentor and wellspring of expertise on the finer points of copyright who served the public with a strong sense of purpose. A longtime denizen of Capitol Hill, Page was a generous host, giving shelter to various friends and family and cats over the years in her guest room and basement apartment.

College study abroad in Germany fostered Page’s lifelong love of travel.  She particularly loved Ireland and Italy, returning often to both and treasuring weeks with Kevin, Vanessa, and Pam in a rented house near San Quirico in Tuscany.  She and Brian vacationed at the North Carolina shore in winter, when they could walk the quiet beach and curl up with good books.

Page was a voracious reader, returning again and again to her favorite nineteenth-century literary masterpieces (Dickens and Austen were two favorite writers) but also enjoying newer works, especially young adult fiction. She was nowhere more content than in a comfortable chair with a hefty novel and a cat on her lap. She also enjoyed theater, classical music, and opera in Washington and on yearly trips to New York. Her personal rule never to commit to more than one activity a day continues to inspire her friends.

Since baseball’s return to DC in 2005, Page was a loyal fan and season ticket holder of the Washington Nationals. She cheered the team through its World Series run last fall. She will be much missed by her friends in Section 314 at Nationals Park.

From the tale of the Five Sisters of York, recounted in Dickens’ Nicholas Nickelby, we learn that, though the past may be tinged with regret, recollecting it also brings joy: “memory, however sad, is the best and purest link between this world and a better.” All of Page’s friends and family will hold her fondly in their hearts and look forward to gathering to share their memories at a later date. In lieu of flowers, donations in Page’s memory may be made to Classical WETA 90.9 FM at weta.org/support or by mail to WETA FM, Attn: Membership, 3939 Campbell Avenue, Arlington, VA 22206.

To order memorial trees or send flowers to the family in memory of Page Miller, please visit our flower store.

Memorial Service To be Held At A Later Date