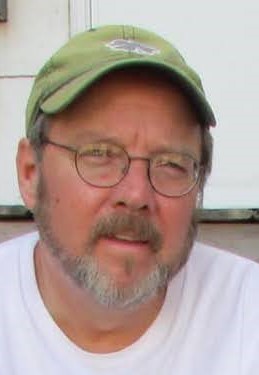 Michael was born in Washington, D.C., on April 21, 1960, to Reuel S. Moore, Jr. and Katherine Kiefer Moore.  He attended St. Jerome’s Catholic School, DeMatha Catholic High School and the University of Maryland College Park and earned a Bachelor of Science degree in 1984.  He began his career after graduation with the U.S. Fish and Wildlife Service as a wildlife inspector and later became a biologist spending 37 years with the service. His grandparents imparted a love and respect for conservation.

Michael was a man of great kindness, compassion with an unwavering love of family.  He was the definition of an impeccable man with great integrity. His laugh and humor were infectious.

Michael was the beloved father of Mikey as well as grandfather to Mason and Kaleb and “Gruncle” (Great Uncle) Mike to Oliver and Eileen.  He also was an incredible father figure to Kim and Erin as well as his nephews, Petey and Danny.

His passions in life included family first, coaching baseball for his son and nephews, taking the boys on adventures such as shark teeth and fossil hunting as well as taking long walks in nature.  He looked forward to the annual family reunion every summer in Ocean City, MD; vacationing in Bay Tree, FL; Myrtle Beach, SC and the Poconos. A favorite pastime was golfing often with his brother-in-law Pete Devaney (deceased) and brother Mark as well as friends.  Many weekends were spent with Jean riding trains, collecting antique memorabilia and seeing his nephews perform with their band Higher Education.   He enjoyed attending sporting events with various family members and friends especially watching the Washington Football Team while drinking a cold beer.

He dedicated many hours of his time to volunteering and supporting his alumni DeMatha.

Michael was always willing to lend a hand to whatever task or project his family needed accomplished.  He willingly applied the skills taught to him by his father and mother--whether it was yardwork, repairs, moving and even lent his hand to household chores.  Regardless of the task Michael was the first to help and take charge.

His absolute greatest joy in life was being with his family especially the little ones.

He is survived by his parents, his beloved partner Jean Mahady, his son Michael, grandsons Mason and Kaleb, sister Marion, brother Mark and nephews Petey and Danny.  He will be sorely missed by his aunts and uncles, many cousins, extended family and numerous friends.

To order memorial trees or send flowers to the family in memory of Michael Moore, Sr., please visit our flower store.