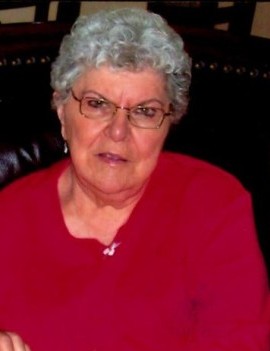 Mary Louise Newton, of Cheverly, MD, passed away peacefully on April 16, 2019 at the age of 85. Loving wife of the late Leonard R. Newton. She was preceded in death by one son Lloyd E. Rexroth. Mary was born on November 9, 1933 in Washington, DC to the late Eric and Jane Planer. She is survived by her loving children, Diane (Don) Marn, Stephen P. (Julie) Clark, Donald E. (Debbie) Clark, Rebel Rexroth,Glenn Douglas (Kim) Rexroth and Michael L. (Kathy) Rexroth . She is also survived by many grandchildren, great-grandchildren, nieces, nephews and friends. Friends may call at Gasch’s Funeral Home, P.A., 4739 Baltimore Avenue, Hyattsville, MD, on Monday, April 22, 2019 from 10 am until time of service at 12 pm. Interment following at Fort Lincoln Cemetery.

To order memorial trees or send flowers to the family in memory of Mary Newton, please visit our flower store.