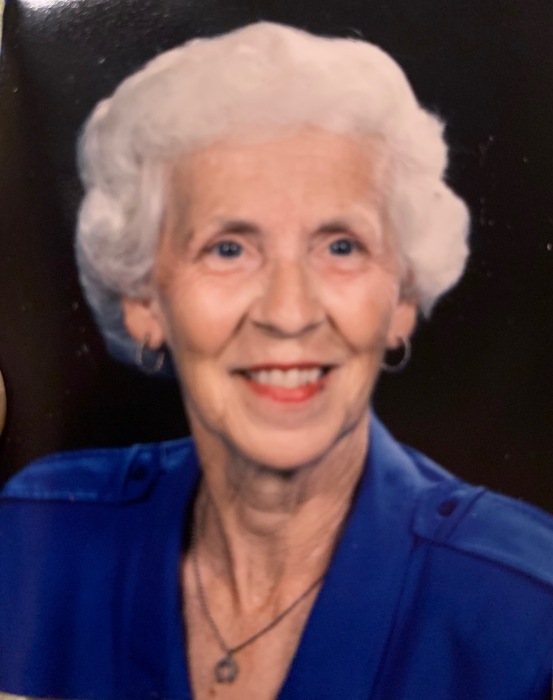 Mary Louise (Frost) Milstead age 93, passed away on March 16, 2022. She was born July 1, 1928 in Hyattsville, Maryland to Frederick C. Frost and Mabel E. Finnell Frost. She was the youngest of six children. She graduated from Hyattsville High School in 1945 and went to work at the Department of Agriculture in Beltsville, Maryland where she would meet her future husband, William T. Milstead. They were married on June 21, 1947.

Throughout her life Mary Lou dedicated herself to family, friends, her church and volunteer work. One of the first opportunities that Mary Lou had to give of herself was when she and her husband became foster parents. They opened their home to 20 children while also raising their first three sons. Mary Lou volunteered over the years by packing food for the hungry, working with Christmas in April, cooking and serving for the Community Cafe, Safe Haven and worked tirelessly on Holy Redeemer’s Annual Bazaar. She especially enjoyed working on the quilt that was raffled off yearly. Mary Lou was awarded the prestigious Manifesting the Kingdom Award in 2017 by the Archdiocese of Washington for recognition of her volunteer work. Mary Lou enjoyed her garden and traveling. She traveled all over the United States with her walking group from Prince George’s Community College and friends with Maryland-National Capital Parks and Planning. She visited several other countries with family and friends and was able to attend the canonization of St. Jeanne Jugan the founderess of the Little Sisters of the Poor.

She is survived by her loving children, William Milstead of Lonaconing, MD, James Milstead (Patty) of Thurmont, MD, John (Caron) Milstead of Las Vegas, Michael Milstead of Tacoma, WA, Mary Beth Daniels (Howard) of Millersville, MD, and Kathleen Babington (David) of Clearbrook, VA.. She had 17 grandchildren and 10 great grandchildren and many nieces and nephews. Mary Lou was preceded in death by her husband, William T. Milstead, in November of 1991, and son, Steven (Pat) Milstead in December 2011.

A memorial visitation will be held on Tuesday, March 22, 2022 from 2-4 pm and 6-8pm at Gasch’s Funeral Home, PA, 4739 Baltimore Avenue, Hyattsville, MD 20781. A Funeral Mass will be held on Wednesday, March 23, 2022 at 11:00 am at Holy Redeemer Catholic Church, 4902 Berwyn Road, College Park, MD 20740. Interment will follow the funeral mass at Fort Lincoln Cemetery, 8401 Bladensburg Rd, Bladensburg, MD 20722. Reception to follow, back at Holy Redeemer Church. Memorial Contributions in memory of Mary Lou Milstead may be made to Holy Redeemer Church.

To order memorial trees or send flowers to the family in memory of Mary Milstead, please visit our flower store.