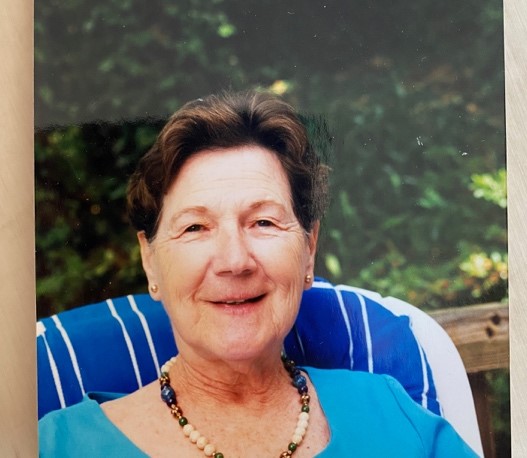 We invite Mary’s extended family, friends, and communities to remember her warmth and intelligence, her love of the gardens she saw everywhere, her occasional sharp humor, as well as her accomplishments.

She was born in Pittsburgh, the youngest in a close, hard-working family of Hungarians who were new to the U.S. She graduated with a teaching degree from the University of Pittsburgh, where she met her husband Tom. Though she moved from Pittsburgh in the 1950s, she remained close to family there, and mentored a generation of nieces and nephews who dearly loved and admired her.

She taught for over 25 years in Prince George’s County schools, and is still remembered by former students in Cheverly, where she moved with her husband and young family in 1963. Her love of teaching and commitment to early education led her in the late 1970s to earn an MA from the University of Maryland, to be certified to teach remedial reading. While taking classes at UM, she became a fan of the Turtle. She later dedicated her retirement towards giving back to her community, volunteering for Meals on Wheels, and joining Cheverly neighbors in a love of gardening and beautifying the town.

In recent years, she needed increasingly more care for her symptoms of Alzheimer’s. Up until March, her husband Tom visited her every day in assisted living. He was her true companion, and the only day he ever missed was when he watched his granddaughter Paige graduate from college.

In lieu of flowers, the Foley family suggests donating to the Friends of the National Arboretum in memory of Mary Foley.  Due to the circumstances, plans for a memorial service have not been set.

To order memorial trees or send flowers to the family in memory of Mary Foley, please visit our flower store.