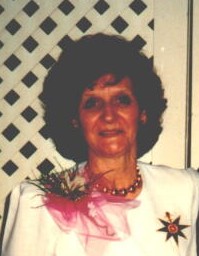 Mary Catheryn Ferguson, 87, went to be with the Lord on Sunday, March 14th, 2021. She entered the realm of glory surrounded by the love of her family and her husband of 68 years.

Mary Catheryn was born February 27th, 1934 at her family home in Bedford, Pennsylvania, to the late Nellie and John Miller, and step-father, the late Phillip Miller. She was the middle of three daughters, the late Anna Mae (Miller) Caudle and Francis Marie (Miller) Cessna.

Together they made their life’s work serving the Kingdom of God, pastoring Maranatha Assembly of God in Grantsville, Maryland and later Trinity Assembly of God in Lanham, Maryland. Mary Catheryn also had a passion for nursing, completing nursing school and worked as an L.P.N. at Sacred Heart Hospital in Cumberland, Maryland for several years.

Mary Catheryn cherished her family more than anything, proven through her sacrificial love. One of her favorite places to be was “Rabbit Hollow,” their cabin in Accident, Maryland, surrounded by the love and laughter of her family.

In lieu of flowers, donations will be accepted to her memorial fund in c/o of Trinity Assembly of God.

Services will be held Friday, March 19th @ 2pm at Trinity Assembly of God in Lanham, MD. They will be available via livestream: www.trinitylanham.org

To order memorial trees or send flowers to the family in memory of Mary Ferguson, please visit our flower store.