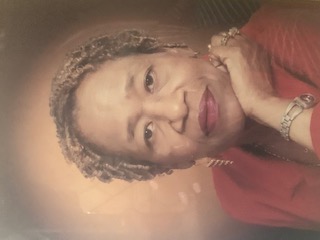 Marlene Samuel Adams was born on April 5, 1941, in Port of Spain, Trinidad, West Indies. She was the fifth child of eight children. She attended Laventille R.C. School and Osmond High School. From her youth, Marlene was a natural beauty with a keen sense of fashion. She expressed her love of fashion by sewing her own clothes even while attending primary school and later, worked as a seamstress making customized clothing for others.

Marlene was very spirited and enjoyed dancing, parties, and the adventures that life had to offer. The desire to expand her opportunities led her to emigrate from Trinidad to North America— she moved to Canada in 1968 where she held several jobs in the hotel hospitality industry. Several years later, she traveled to live with her father in Texas where she had an opportunity to continue and grow her sewing and designing passions. She was hired to specially design bridesmaids’ dresses, Halloween costumes, and prom dresses. While in Texas, she fell in love with the Dallas Cowboys and was their #1 fan. In 1974, she relocated to Washington, DC when she landed a job at Washington Hospital Center (WHC). Marlene worked as a dietary aide and then a head cashier at WHC for over 20 years. Due to her confident, passionate, and direct manner, she was elected to WHC SEIU Local 722 as an employee advocate and quickly demonstrated her leadership skills. She was elected as a board member where she spent many days and nights negotiating for employees’ equal rights, equitable pay, and benefits. During those long hours of negotiations, she learned and became an expert at playing all card games, including blackjack and spades.

Marlene met her husband-to-be Dennis Adams in 1974 when they both worked at Thomas Circle Inn. They became the fashion couple, and the stylish pair knew very quickly that they were destined to be united. They later married on September 18, 1982. From that union, their son LeVar was born and added to the blended family of 11, which consisted of Eraldo, Sheryl-Ann, Wendell, Shurla, Larry, Rodney, Dennis Jr., Lyndon, Sharm, Elizabeth, and Rondel.

Marlene developed a passion for cooking and owning her own business. With her husband’s experience as a restaurant manager and her experience from the hospital, her entrepreneurial spirit was again realized when she and Dennis opened Caribbean Delight Restaurant in 1994 and expanded five years later to open the more formal upscale Caribbean Delight II in 1999. Marlene was quick-witted and strong while at the same time tender-hearted and kind. She was devoted to her children and had a soft heart for her grandchildren and anyone in need. Marlene offered opportunities, resources, and a better life to her family, friends, and many others in the community. She was the life of the holidays with her highly anticipated Christmas parties; she spared no expense decking the halls and blessing everyone with personalized gifts. Not to mention the food—there was always enough to feed an entire army. She was happiest when new guests who were without family for the holidays joined the annual celebrations.

Marlene attended National Wesleyan Church and Mt. Pisgah Baptist Church where she faithfully served and donated to many programs.

Over the past few years, Marlene persevered through good and bad days of illness. The sun set on Monday, June 27, 2022, when Marlene stepped from time to eternity to be in the presence of her Lord and Savior, Jesus Christ. Marlene was preceded in death by her mother Rita Marcelle Samuel, father Francis Samuel, children Sheryl-Ann and Wendell Samuel, and siblings Herbert Samuel and Veronica Murray

To order memorial trees or send flowers to the family in memory of Marlene Adams, please visit our flower store.