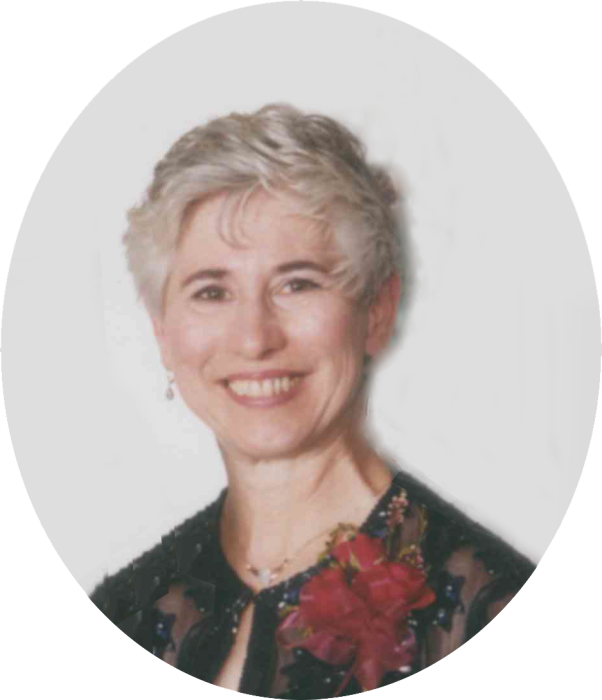 Marie-Flore Gooch passed away at her home in Berwyn Heights, MD, on August 12, 2020 after a long, brave battle with Lymphoma. She was surrounded with love from her family and friends. Flore lived life to the fullest and found great peace in her Catholic faith. She will be deeply missed.

Flore was originally from the French Province of Québec, Canada. At the age of 15, she took her first job working for the Telephone Company as a bi-lingual oversees operator to help support her family. After marrying in 1960, she moved to the United States. Her oldest son, Rick, was born in Ohio and then a few years later, after settling permanently in Maryland, Jim and Michèle were born. Flore was passionate about her children and passionate about finding a career where she could work from home. She founded Harman’s Fabric & Furniture Shoppe as a way to meet both goals. At first a part-time endeavor, the Shoppe turned into a more than 30-year career that provided both success and happiness. She was an active member of the Chamber of Commerce and in 1987, was selected as Employer of the Year by the College Park Professional Women’s Club. Her customers were instantly drawn to her confidence, attention to detail and warm personality. In addition to residential customers, her commercial accounts included the Archdiocese of Washington, numerous embassies, and hotels. Her customers trusted her and many became her lifelong friends.

In 2002, when she retired, Flore celebrated by cruising “The Great Circle” for a year on her boat, September Morn. The cruise took her from Maryland, up the east coast to Canada, down the center of the United States through the Great Lakes to the Mississippi River, around Florida and across the Atlantic to the Bahamas, before heading back home. Flore was a certified member of the United States Coast Guard Auxiliary and was an excellent navigator. She loved her time on the water and the friends she made on her travels.

Flore was a devout Catholic and was an active member of Holy Redeemer Parish for over 50 years. She served as an Extraordinary Minister of Holy Communion, Vice Prefect of the Women’s Sodality, and Chair of the annual bazaar for many years. She also served as a den mother for her sons’ Boy Scout troops.  Flore was happiest when helping others. She served on the Board of Directors and was an avid supporter of Nyumbani, a recognized world leader in providing HIV/AIDS services to children and affected families in Kenya, founded in 1992 by the late Father Angelo D’Agostino.

Above all else, Flore was an amazing mother. She was known by her children’s classmates as the “fun mom” and could be counted on to chaperone every school field trip. Always ready with a crazy joke or story, she found humor in everything. At the drop of a hat, Flore could turn a living room into a fortress, a bannister into a puppet stage, or a child into the star of her own make believe game. She never tired of reading “just one more book.” One of her greatest gifts was her imagination and it showed in how she played with her children and grand children. She never lost her inner child, and her spirit was contagious. Her capacity to love was limitless.

Flore was a genuine, caring friend who was exceptional in sharing her love, her joy, her infectious laughter, her smile, her generous nature and her faith.  Flore was good at drawing folks to her, making them feel included. Flore nurtured friendships and formed a community of longtime loyal friends of all ages.  Flore’s sharing of her faith and leading by example drew many people deeper in their faith.

Flore was an avid reader and was always reading multiple books at any given time. She grew up bi-lingual, speaking French and English, and learned to speak Spanish in her 50’s as well. Flore loved flowers and plants and could be found most mornings working in her beautiful garden. She was an avid baker, renowned for her cookies, banana nut bread, and French apple pie – skills she passed on to her daughter and 6 granddaughters, all of whom will forever remember the time spent with her in the kitchen.

Flore is survived by her three children, Rick (Lisa), Jim (Tracey) and Michèle (Danny). She is a beloved Mémère to her eight grandchildren, Angeline, Jeanaleah, Jimmy, Andrew, Erica, Colette, Ella and Nadine and four great grandchildren, Ava, Joseph, Maria and Drew. Flore is also survived by her sister, Violette. She was preceded in death by her parents, Marvin and Rose Walker.

In concern for the safety of family and friends during the pandemic, Flore's funeral and interment will be private, but will be available to view virtually. Further details will be posted here when they are available. Flore will be laid to rest at Fort Lincoln Cemetery in Brentwood, MD. A future memorial service and celebration of her life will be held at Holy Redeemer Church in the summer of 2021.

In lieu of flowers, please consider a donation in her memory to Nyumbani at www.nyumbani.org or Covenant House at www.covenanthouse.org.

For all of the family and friends who are unable to attend Flore’s funeral due to the pandemic, it can be viewed here as of 5:00 p.m. on Thursday, August 20th at https://www.youtube.com/channel/UCbFbB_HvbxIAWk_xXSNeXlA

Please click on the video below to see a photo montage of Flore’s life with her family and friends.

To order memorial trees or send flowers to the family in memory of Marie-Flore Gooch, please visit our flower store.