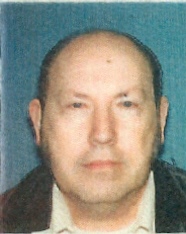 Leonard “Ray” Newton, of Cheverly, MD, passed away peacefully on June 15, 2017 at the age of 74. Ray was born on November 2, 1942 in Washington, DC to Althea and Harry Newton. Ray was known for his compassion and willingness to always help others during their time of need. He proudly served his nation in the U.S. Navy and is a Vietnam veteran. He is survived by his wife, Mary Louise, his children, Terry, Anna, Brenda, Diane (Don), Stephen (Julie), Donald (Debbie), Doug (Kim), and Larry (Kathy). He was preceded in death by his son, Gene (Rebel). He is also survived by many grandchildren, great-grandchildren, nieces, nephews and friends. A viewing will be held on Tuesday, June 20, 2017 from 3-5 and 7-9 pm at Gasch’s Funeral Home, P.A., 4739 Baltimore Avenue, Hyattsville, MD, where a service will be held on Saturday, June 24th at 11:00 a.m. with Interment at Fort Lincoln Cemetery.

To order memorial trees or send flowers to the family in memory of Leonard Newton, please visit our flower store.