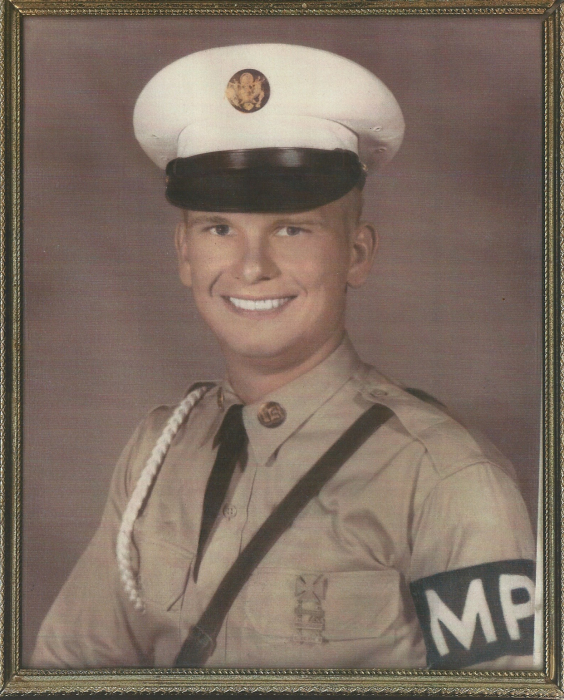 Leo Lawrence Thomas Sr., 82, of Adelphi, MD passed away on November 15, 2018. Leo was born on April 21, 1936, in Berwyn, MD to the late Ida C. Thomas and John P. Thomas. At the time of his death he was surrounded by his wife of 57 years, Dorothy Orrison Thomas, and two children, Leo (Dorothea) Thomas and Tammy (James) Reynolds. He was predeceased by four brothers. He had three sisters.

Leo graduated from Bladensburg High School in 1955. After graduation, he served a carpenter apprenticeship and followed in his father’s footsteps, working as a carpenter and supervisor for 35 years. He did work for many government agencies, including the United States Capitol.

Leo was a proud veteran of the United States Army. He served in the Military Police Company (Service), Fort Belvoir, Virginia.

He was lovingly called “Grandpa Goose” by his dear grandsons, Michael and Jason Thomas. They gave him great joy.

Leo was a “jack of all trades” and could fix just about anything. He also enjoyed cooking pasta and soups for his family.

The family will receive visitors on Monday, November 19 from 2-4 pm and 6-8 pm at Gasch’s funeral home, 4739 Baltimore Avenue, Hyattsville, MD. A funeral mass will be held at 11:30 am on Tuesday, November, 20 at St. Camillus Church. Interment to follow at Gate of Heaven Cemetery.

To order memorial trees or send flowers to the family in memory of Leo Thomas Sr., please visit our flower store.