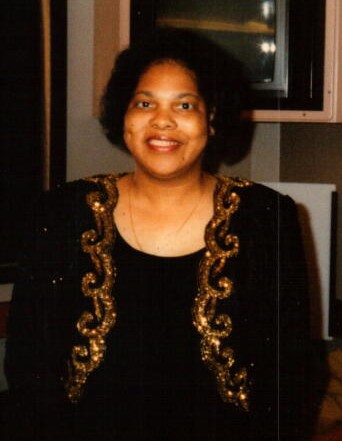 JOYCE ADELE WOOLFOLK WHITE, affectionately known as ‘Kiki’, was born August 7, 1952, in Washington, D.C., the oldest of two children born to Theresa Jenevive and Frank Wilbur Woolfolk.  She departed this life on Monday, September 13, 2021.  Joyce was raised by her parents in Fairmont Heights, and New Carrollton, MD and displayed a strong will at an early age.  Joyce graduated from Parkdale High School in Riverdale, MD where she sang in the Concert Choir and generated school spirit as the first African American on the Pom Pom Squad.  Joyce graduated from Hampton (Institute) University in Hampton, VA, where she received her Bachelor of Arts degree in English.

Joyce met her husband of over 31 years, Gregory Thomas White, in the Spring of 1969 at a high school track meet, where they were introduced by a mutual friend.  Life took Joyce and Greg separate ways.  Eighteen years later they reunited in 1987 and dated until their marriage on December 12, 1989, at The Chapel of the Bells in Las Vegas, NV.  Shortly thereafter the newlyweds moved into their newly built home in Clinton, MD, where she spent the remainder of her life.

Joyce had a rich career.   Upon graduating from Hampton (Institute) University, she took a job in county civil service with the Prince George’s County Human Relations Commission, afterwards she moved on to private industry where she worked for the Xerox Corporation in Northern Virginia, then she transitioned to Inmac in Glenarden, MD, prior to completing her work-life career in telecommunications with Bell Atlantic (C&P Telephone) and Verizon, in Greenbelt MD and Silver Spring, MD respectively, for 25 years until her retirement in 2018.

Throughout her years as a career woman, Joyce and Greg found time to travel throughout the United States, Mexico, the Caribbean, and Europe. Joyce was welcomed into the Alpha Kappa Alpha Sorority, Incorporated, an international sisterhood dedicated to service.  Through the sorority, Joyce worked to lift up vulnerable women and children.  Joyce was an avid reader, enjoyed playing cards with her family and friends, and co-created a card game during her college years called NERT!  Joyce’s love for animals led her and Greg to own three dogs over the span of 30 years.  She is preceded in death by her dogs, Hershey, Penny and Cocoa.

Joyce’s spiritual journey began at Sargent Memorial Presbyterian Church in Northeast Washington, DC.  Joyce professed her love and belief in Jesus Christ our Lord and Savior until the day she returned to our heavenly Father.

To order memorial trees or send flowers to the family in memory of Joyce White, please visit our flower store.