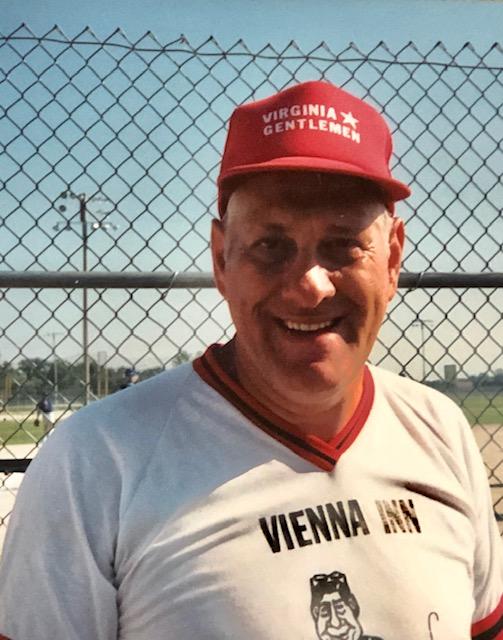 Joseph Earl Taylor Sr. passed away peacefully surrounded by his family on October 9th, 2020, at the age of 85. Joseph was born on November 1, 1934 to the late Bertram and Helen Taylor of Muirkirk, Maryland. He was one of five siblings: Robert Taylor (dec), Eleanor Johnson (dec). Joyce Lee Price (dec) and Larry Taylor. In his younger years, being raised on a farm nurtured his love of the outdoors. Joe loved to hunt, felt at home on horseback and dreamed of being a jockey. One of his first jobs was delivering newspapers on horseback with his beloved horse, Nancy. It was here that his lifelong love of animals began.

Joe/Earl or "Sonny" as he was affectionately known by friends, attended Laurel High School. He was an exceptional athlete and excelled at basketball, baseball and football. During his junior year, he was scouted as a potential prospect for the St. Louis Cardinals, but instead accepted a full athletic scholarship to the University of Maryland to play football. He was the first Maryland athlete from Laurel High School to receive All State Honors.

Joe married his high school sweetheart, Barbara A. Dorough, on June 4, 1955 at First Baptist Church of Laurel, Maryland. They have been blessed with over 65 wonderful years of marriage and had two children, Joseph E. Taylor Jr. and Karen L. Kemp.

In the early 60’s, Joe was hired by DC Transit System as a bus operator and after several years he became a tour guide; traveling up and down the East coast as well as Washington, DC.  Joe gave guided tours to students who traveled to the Metropolitan area which included trips to New York, Williamsburg and, occasionally, Canada. Joe had the opportunity to work alongside his father-in-law, James L. Dorough, on the B & O Railroad, giving him the experience needed to later began a career at Metro.  He, along with five others, were selected to travel and train on New Jersey’s railway in order to implement procedures for the newly installed Metro rail system. Having tested the tracks and underground tunnels, Joe went on to drive the first underground train in Washington, DC, a cutting-edge technology at the time which enabled the city to thrive. After many years, he was promoted to Superintendent of operation central control, where he monitored and directed the Metro rail operation system. His career at Metro lasted over 40 years.

In April 1962, Joe began a lifelong journey after being initiated into the Masonic order. Freemasonry is a voluntary, fraternal organization, composed of men of goodwill and good character.  Masons practice the spirit of universal brotherhood to man. Joe was a member of the Naval Lodge and the Grand Order Lodge for over 50 years, accomplishing a 32nd degree status.  Along with his wife, Joe was a longtime member of Grace Bible Church in Seabrook, Maryland.

Joe has lived a life of great joy and many sorrows, his ability to always find the humor in life was not lost on his family who adored him. He had a deep love for his children, grandchildren and great- grandchildren, as well as many nieces, nephews and countless friends. Let us continue his legacy in honor of the way he lived life.

Family and friends may call on Sunday, October 18th,  2020  from 3 to 7pm at Gasch’s Funeral Home, P.A., 4739 Baltimore Avenue, Hyattsville, MD.  In lieu of flowers, contributions can be made to Shrinershospitalsforthechildren.org or Grace Bible Church, 9920 Lanham-Severn Road, Seabrook, MD 20706.

To order memorial trees or send flowers to the family in memory of Joseph Taylor, please visit our flower store.