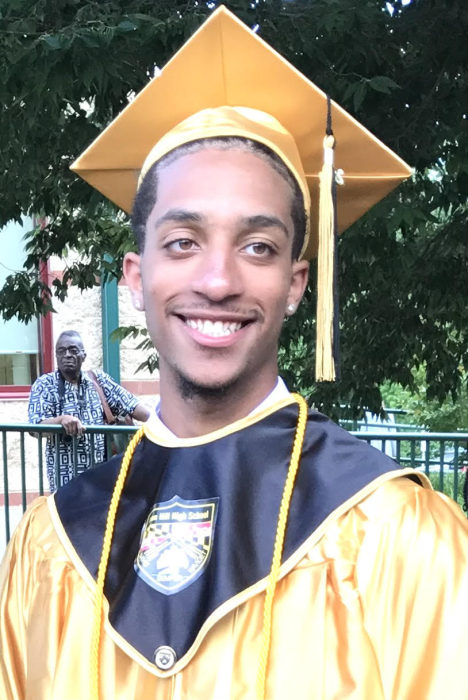 He graduated from this life on July 27th, 2021 as a result of being murdered in a senseless act.

He attended Avalon elementary, Thurgood Marshall middle, and Oxon hill Highschool. He had a passion for sports, specifically basketball and football, playing both through his early education and throughout High School. JC was an altar boy for St. John's church for several years, serving the church community, and was educated in the Catholic faith from a child. JC also had an interest in technology, competing as a lead coder for the black data processing association for 4 years. His team was ranked number 1 nationally for several of those years in website design, where he was able to win several awards, including scholarship money. JC was also an incredibly talented tattoo artist and Entrepreneur, starting out as a self taught tattoo artist out of his basement and quickly growing to one of the most well known artists in the DMV, with over 10,000 social media followers.

JC was and is a family man. He got engaged to Chanelle Wylie. They share a son, 1 year old Jaxon LeGrant, who was and is JC’s primary motivation in life and in the after-life. He was a committed father who would do anything for his son, no matter the cost or sacrifice involved. He worked tirelessly to provide for his family and was constantly looking for ways to improve the life of his son and fiance.

JC was a genius intellectually, artistically and emotionally. He had a huge, compassionate heart and would help anyone who needed it without hesitation. He was a deep thinker and big dreamer, but unlike many of us, JC had the courage to pursue every dream he had with intensity and unwavering tenacity.  He went after whatever he desired and expected to get it. JC was a peacemaker. He loved and wanted love for all who were around him. He was soft spoken, but commanded the attention of every room he walked into, not only because of how tall and handsome he was, but because he emitted a light that everyone could see was nothing short of greatness. JC was an overcomer, nothing got in his way to fulfill his dreams and provide for his family. Any obstacle possible, you name it. He did not make excuses and kept persevering no matter what. JC was a phenomenal artist and mastered everything he did. From a web developer to an amazing tattoo artist! JC was intelligent and very well rounded.

JC loved cars and driving. He was easily the most talented driver in the family, putting a large amount of energy and finances to building up his first personally brought car, a custom Gold 2007 Ford Mustang, which he wanted to be passed down to his son Jaxon. JC lives on through his son, his family, and in heaven. He has not passed on, but instead, has graduated to a place he has EARNED the right to be in - in the hands of the Lord watching us from heaven.

To order memorial trees or send flowers to the family in memory of Johnathan LeGrant, please visit our flower store.