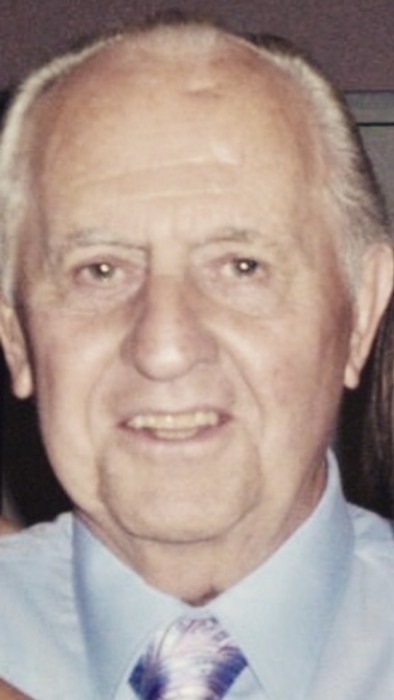 John C. McAuliffe "Jack", age 86, died peacefully on Thursday, December 12, 2019. Jack was born in Castleisland, County Kerry, Ireland on January 8, 1933 to Daniel and Elizabeth McAuliffe. He is survived by his loving wife of over 60 years, Hanna (Joan); his daughter Elizabeth Curran and her husband, Sean, his son Sean McAuliffe and his wife, Kathleen, and his adored grandchildren, Sean Joseph Curran, and Erin, Anna and John McAuliffe. He is also survived by his brothers Pa Joe, Jimmy, Neily and Tommy; numerous nieces, nephews, extended family and friends both here and in Ireland who loved him dearly. He is preceded in death by his sister, Betty Moriarty, his brother, Danny McAuliffe, and his nephew Dan Dan. A visitation will be held at St. Jerome's Catholic Church, 5205 43rd Avenue, Hyattsville, MD on Wednesday, December 18, 2019 from 9 until the time of the Mass of Christian Burial at 10:30am. Interment to follow at Gate of Heaven Cemetery. In lieu of flowers, contributions may be made in Jack's memory to the Adaptive Sports Program at MedStar National Rehabilitation Hospital, Office of Philanthropy, 102 Irving Street, NW, Washington, DC 20010 or www.giving.medstarhealth.org/sportsprogram.

To order memorial trees or send flowers to the family in memory of John McAuliffe, please visit our flower store.