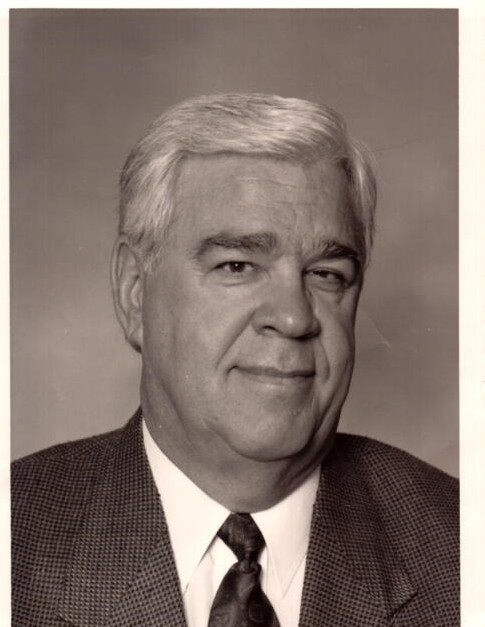 John graduated from Bladensburg High School in 1955, where he played many sports including
football, basketball and baseball.   He attended one year at the University of Maryland before
serving in the United States Air Force from 1956-1960.  He met his wife, Judy, at a church
carnival and dated her until they were married on September 2, 1961. After being honorably
discharged from the United States Air Force, he worked for ACF Electronics until he started his
career as a State Farm Insurance Agent in 1964. He had a successful career with State Farm
where he received numerous awards and opportunities for travel. He retired in 1997 after 33
years of service. John and Judy continued to travel and take many trips to Florida in his
retirement years.

John was very active in the College Park Boys and Girls Club where he coached many years of
youth football and he was a member of the College Park Swim Club where both of his children
were active swimmers. John loved sports and was a lifetime fan of the University of Maryland
football and basketball teams; and the Washington Redskins, Nationals, Wizards and Capitals
teams. He enjoyed taking his children and grandchildren to many football, basketball and
baseball games. He was a member of St. Mark’s Parish in Hyattsville, MD where he served as
an usher and remained a faithful member of the Catholic Church.

The family will receive guests at St. Mark’s Catholic Church 7501 Adelphi Road, Hyattsville, MD
20783 on Monday, November 21, 2022 from 11:00-12 noon. A Funeral Mass will be immediately
following at 12 noon with an Interment at Fort Lincoln Cemetery, Brentwood, MD.

To order memorial trees or send flowers to the family in memory of John Lindsay, please visit our flower store.