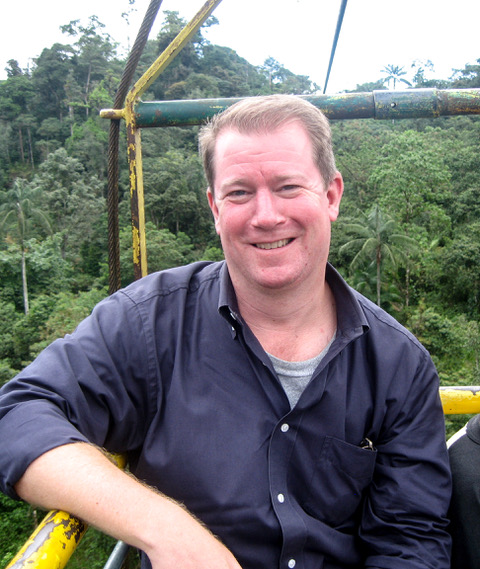 
John (Jack) Lawrence Frost passed away on June 15, 2022 in Washington, D.C., surrounded by his loved ones. Jack was born in Kansas City to parents Jack Frost and Dorie Stites Frost, also of Kansas City, both of whom predeceased him in 2002. He grew up in Prairie Village and Mission Hills, KS.
Jack graduated from Shawnee Mission East High School in 1982 where he was involved in the school paper, student council and was on the swim and cross country teams. Jack then attended Duke University and joined the Phi Delta Theta Fraternity where he served as president, social chairman, and other leadership roles. The friends he made at Duke became life-long friends and they continued to share many adventures after graduating. Many of them have said he was the glue that held them together and kept them connected.

After graduating in 1986, Jack had a successful career in the real estate industry in various capacities, living in Atlanta, Washington DC, Palo Alto before retiring in Laguna Beach, CA. Jack worked at Coldwell Banker, Cendant, BridgeSpan and Prudential Real Estate. In 2020, he happily moved back to his favorite city, Washington, D.C.

Jack loved to travel. By his early 40's, he had traveled to all 50 states, 48 countries, and six continents. In 2001, he summited Mt. Kilimanjaro. Jack was always up for an adventure and was usually the organizer for many a road trip for the Phi Delts.

Jack had a mischievous, wry and quick sense of humor. It was impossible to be around him without laughing. He truly loved life. He was an avid reader and was driven by a need to learn and grow. He had a generous spirit and always shared everything he owned and experienced with others. Everyone who knew Jack could expect a Christmas card from him every year with his unique, perfect, block-lettered handwriting. Jack loved well and was an amazing model of a true and loyal friend. He was always more interested in you than himself. If you didn't like Jack Frost, you never met him.

Jack is survived by his three sisters, Leigh Frost, Laura Frost, and Liz Frost Baird (Dave). He also leaves behind many cousins, nieces and nephews along with grandnieces and grandnephews who adored their Uncle Jack. Lastly, he leaves behind the love of his life, Brooke Borneman. All who knew Jack are invited to a celebration of life party on September 3, 2022 at the home of his niece Kacie Diniz and husband Pedro in Ellicott City, MD.

To order memorial trees or send flowers to the family in memory of John Frost, please visit our flower store.