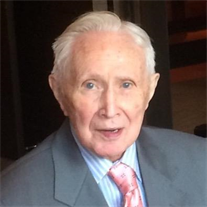 Jack was born in Trenton, N.J., and was the second youngest son of Katherine Duffy Clarke and John Franklin Clarke, who moved to Takoma Park, Md. when Jack was 5 years old. Jack grew up on Flower Avenue as one of five siblings, all but one of which predeceased him.

Jack was born a Seventh-day Adventist and attended Seventh-day Adventist schools before attending high school at McKinley Technical High School in the District of Columbia. While completing his high school education, he met his future wife, Frances Lynette Baumgartner, after services at Sligo Seventh-day Adventist Church. Jack and Frances married three years later, on June 24, 1942 in a ceremony at Hyattsville Seventh-day Adventist Church
.
Two months after the marriage, as World War II raged in Europe and Asia, Jack was drafted into the U.S. armed services and was assigned the rank of Technician Fifth Grade (T-5), serving as a surgical tech at Walter Reed Army Medical Center. Jack was honorably discharged due to a medical issue from the armed services a year later, and Fran and Jack road tripped to California in 1945 to help a friend whose wife had died of leukemia.

After a month on the west coast, Fran and Jack decided to relocate to California permanently, so that Jack could attend college at La Sierra University. After two years, Fran and Jack were homesick, and decided to return home to Takoma Park. Once there, Jack assisted his mother in managing an apartment building his father had built near Sligo Church in Takoma Park, and lived in the top floor of the apartment building. Jack had converted the apartment from a vacant attic space to a charming one-bedroom apartment, which they were living in when their first child, John (Jackie) Franklin Clarke III was born in 1950. They would later move to a home Jack built in Hillandale, Md. in 1953.

The apartment building in Takoma Park and the home in Hillandale would figure prominently in the lives of Jack's family for the rest of his life, with successive generations living at times in the Flower Ave. building a�" both of his sons and one grandson lived there respectively in their 20s and 30s a�" and Frances' mother, Emma "Meme" Baumgartner and her aunt, Frances "Sazie" Corneby, occupied an apartment there from the 1960s through the 1980s. The homestead Jack built in Hillandale remains a central part of the family's lives.

Two children followed Jack "Jackie" Clarke III: Diane Lynette Clarke Litten in 1953 and James Douglas Clarke in 1954. Jack, or Jackie, and wife Barbara of Kent Island, Md., Diane and husband Chris Litten of Apopka, Fl., and Doug and wife Jeri Clarke of Lutherville, Md. survive Jack, as does his wife Frances, who splits her time between Silver Spring and a home in Apopka, Fl.

After raising his own children, Jack and Fran became the legal guardians of his great-niece, Elizabeth (Liz) Wilson, in 1977 while Liz was in her teens. The change in guardianship occurred after Virginia Clarke Wilson, Jack's sister and Liz's grandmother, died after a short illness. Liz lived with the family until she graduated college. Liz and her husband, Earl Nolle, reside in Orlando, Fla. and Liz has remained an integral part of the family.

During a family tour of Europe, Jack and his family decided to attend a Seventh-day Adventist service at a church in Chur, Switzerland. While there, they met a Swiss family, the Berberats, and struck up an international friendship. Jack and Fran eventually arranged for one of the Berberat's four girls, Monica Berberat, to attend high school in the U.S. and live with them in their home in Silver Spring. The arrangement is just one example of Fran and Jack's generosity that Jack believed added to the richness of his life. Monica lived with the family and attended Shenandoah Valley Academy between 1970 and 1971. Monica married André Burkhard and has two sons, Reto and Roman. Jack and his family has remained close to Monica and there have been many memorable visits between Switzerland and the United States, including Monica's children and her parents.

Jack, Diane, and Doug remember their father as a very affectionate man who was a patient listener and a savvy, hard-working small business owner. He would eventually become a business partner with his eldest son, Jack, on several Washington and Baltimore-area real estate properties. Doug and Diane were involved in the family business as well.

Jack's grandchildren remember "Pop-Pop" as a fun-loving amateur comedian whose pranks were aimed at entertaining his children and grandchildren but also riled other family members, which only added to their comedic effect. He loved his grandchildren expressively and treated family as the most important thing in his life.

Jack loved telling stories around the dinner table and the family will best remember a story he enjoyed telling that involved a bridge collapse over Sligo Creek at what is now the Carroll Avenue Bridge in Takoma Park. Jack was 10 years old when the accident occurred in January 1932, and it was clear that he had a vivid memory of the deadly accident (3 workers died) and remembered that an acetylene gas leak had been a concern in the aftermath. His storytelling and his obvious adoration for his family will never be forgotten.

Jack started what would become an apartment development and management company, Clarke Inc., in 1953. The business began with Jack purchasing blighted single-family homes in the District of Columbia and developing single-family homes in Maryland in the 1950s. He would eventually pursue a business opportunity that would include developing a public housing project along 14th Street in the District of Columbia in the late 1970s. It is now known as Faircliff Plaza East in the Columbia Heights neighborhood, and was sold by the family in 2002.

Jack loved building things, and displayed a deep appreciation of both interior and exterior architecture - especially buildings that were constructed during the 1920s and 1930s. He also enjoyed owning and managing real estate. Faircliff became his proudest business achievement, and his son Jack, grandson Kevin and granddaughter Christy worked alongside him at the housing project. An employee, Lincoln Booth, also became close to Jack and was a family friend through working at Faircliff and other properties. Booth predeceased Jack in 2004.

Aside from Faircliff and his children, grandchildren, and great-grandchildren, Jack enjoyed a long marriage with Frances and many close and personal friendships that he treasured throughout his life. Frances and Jack would have celebrated their Diamond wedding anniversary in June.
Jack is also survived by two great-grandchildren, Roman and Rylan Acosta; and his sister, Kathleen "Kay" Clarke Daniel, niece and nephews.

He is predeceased by siblings Stewart Clarke, Mary Clarke, and Virginia Clarke Wilson. Burial services will be held Monday, Feb. 13, at Valley Forge Memorial Gardens in King of Prussia, Pa. The service is private. A memorial service will be scheduled at a later date. For more information on the service, please message Kevin Litten at facebook.com/kevinlitten. In lieu of flowers, please consider a tribute donation to the Alzheimer's Association to fund research into dementia. Click Here to Donate