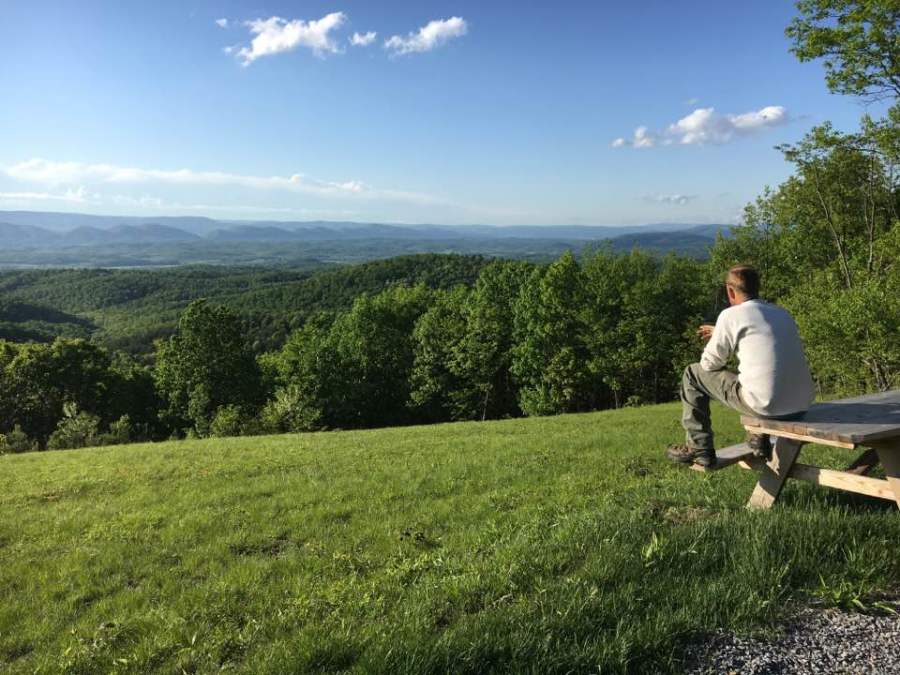 In no particular order, Jamie was a bartender and salesman of decks, patios, meat, and cars.  He was a tow truck driver, Repo Man, landscaper, locksmith, cook, juggler, guitarist, master of Bar-B-Qing, follower of the Grateful Dead, and a longshore union man.  Jamie could light up a room.  He was large, he was funny, he was loud, he was kind, he was smart, he was playful, and he had an oversized ability to love and care for others. Jamie had the best hugs.  He would tower over you and bring you close to him with a comforting squeeze and pat on the back.  You knew you were loved, accepted, and safe in his embrace.  Jamie could also empty a room with a bawdy tirade about politics, someone who crossed him, or someone who criticized his family.

Jamie’s life ended on 25 March 2018 after several weeks of weaning himself off methadone, a period of detox, and an exuberant two weeks of optimism that this time it was going to work.  He told his brother, when they were teenagers, that one of his goals was to try every drug out there.  He recently agreed that his life, up to this point, had been very successful and he had accomplished that goal.  Now, he wanted to have a new life, his own home, and some kids.  He was going to start over.  Wish that were so.

The week before his death, Jamie and his mom went to a local church where he filled out the visitor card and said he would like to go back. The pastor was sweet.  Jamie had gotten his Jesus on, as he put it.  The song “Give Me Jesus” invites us all to Get Our Jesus On during this rough time.

Jamie left behind his mom and dad, Nann and Jim Lutz; Hilary and Jim Keaton; his siblings, Chris Keaton, Mark Lutz, Joe and Giaci Lutz, and Katie and Dan Coogan, and his estranged wife, Courtney Comer.  His nieces and nephews are Kaitlyn Richman, Avery Keaton, Ella Keaton, Jackson Landers, Daly Maerten, Wyatt Maerten, Annie Coogan, and Mickey Coogan. Cousins are joining us from California, Oregon, Washington, Missouri, and Pennsylvania. He leaves behind countless friends who also loved him.  He was greeted in Heaven by grandparents Jim and Reah Keaton, Ralph and Betty Lutz, Bill and Ann Brown, and too many friends who preceded him.

To order memorial trees or send flowers to the family in memory of Jamie Keaton, please visit our flower store.