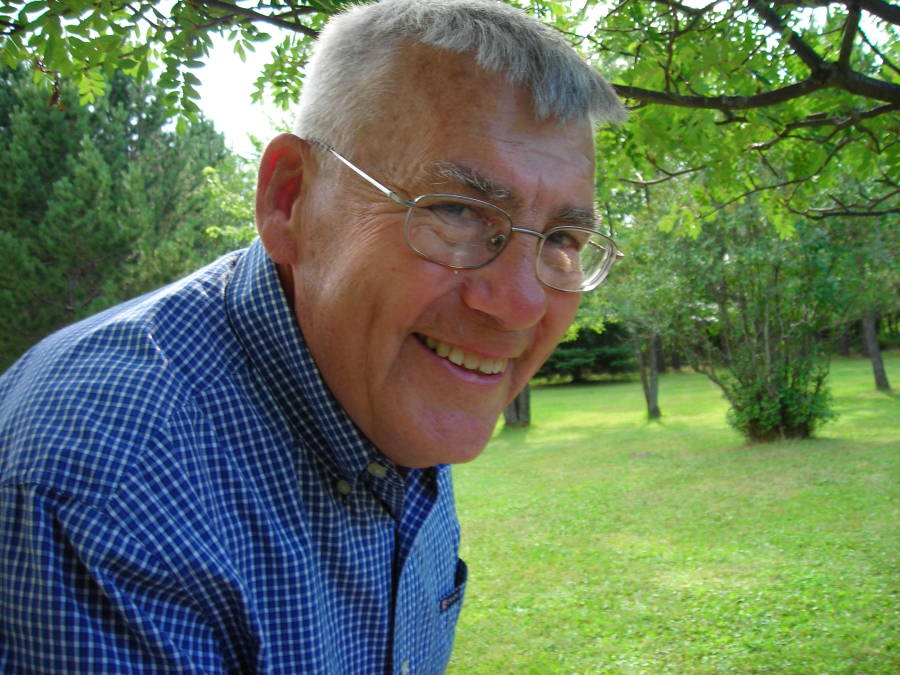 James Richard Murphy was born May 27, 1935 in Duluth, MN.  He was preceded in death by his parents,
James Lloyd and Gertrude Yost Murphy, and his siblings, Eileen, Leo, Patrick, and Paul Murphy.  He is
survived by his wife, Eva Vela Murphy, his sister, Mary Catherine Murphy, his children: John (Samantha)
Murphy and Sarah (Joe) Lehman and grandchildren Lindsey and Sean Murphy and Allison Lehman.

After graduating from St. John’s University in Collegeville, MN in 1956, he began his 43 year career with
the US Government in the General Accounting Office (currently the Government Accountability Office).
He met his wife, Eva, through a work friend, in 1963 and they were married in 1964.  Jim and Eva lived
on Capitol Hill, in Washington DC for a year before moving to New Carrollton, MD.  Upon moving, they
became parishioners of St. Bernard of Clairvaux Catholic Church in Riverdale, where Jim coached the CYO
basketball team for over three decades.  Starting in 1989, he began coaching the softball team at
Georgetown Visitation Preparatory School which he continued through the current year.  He was also
very involved with the Suburban Aquatic Club, where he served for a number of years as a board
member and the Treasurer through the club’s closing.  Throughout his life, he was lovingly referred to as:
Murph, Coach, and the Mayor of Chestnut Avenue.  He loved God, his family, sports, reading and his vast
t-shirt collection.
The viewing will be held at Gasch’s Funeral Home in Hyattsville, MD on Sunday, September 15, 2019
from 5 to 8 PM, with a rosary to begin at 7 PM.  The funeral mass will be at St. Bernard’s Catholic Church
in Riverdale, MD on Monday September 16, 2019 at 10 AM, followed immediately by interment at Gate
of Heaven Cemetery in Silver Spring, MD.  In lieu of flowers, donations can be made to the “Jim Murphy
Memorial Fund” at The Greater Washington Community Foundation

To order memorial trees or send flowers to the family in memory of James Murphy, please visit our flower store.

Recitation of the Rosary