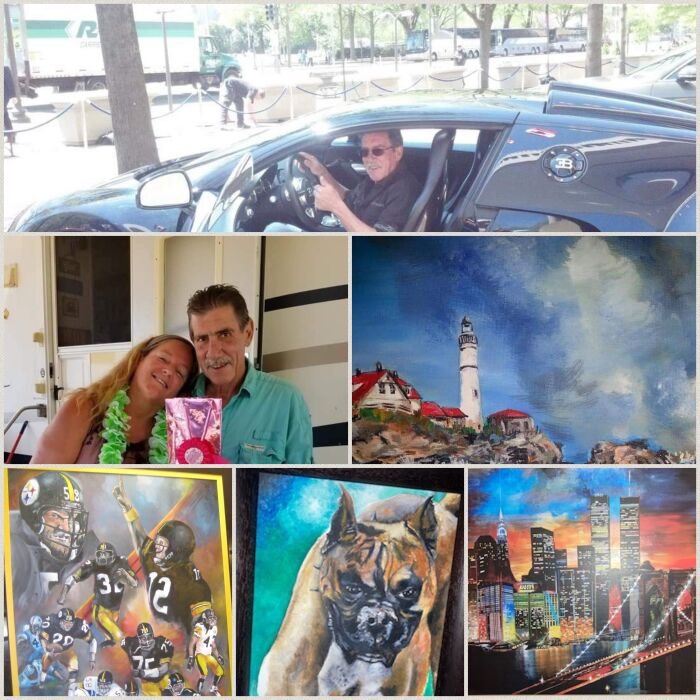 On Saturday afternoon, January 9, 2021 we lost Jack Joseph Prendable Jr, an amazing son, brother, life partner, and dear friend.  Jack was a great person who was thought of as family by many.

Jack is survived by his mother Ruth and siblings Greg, Jody, Kathy, Laura, Mark, Owen, and Patrice; he was pre-deceased by his father Jack and brother Neil.  Jack is also survived by the love of his life Anna Gibbs. Jack passed away peacefully with Anna and his sister Jody by his side.

Jack was diagnosed with cancer and faced treatment bravely and with humor.  He even told the staff at his final radiation treatment “Okay, crank it up. I want to see the lights dim in this place!”  As the holidays approached Jack became ill and entered the hospital on Christmas night.  As treatment progressed, it took a toll on him and he simply could not recover from multiple infections and subsequent pneumonia.

Jack will be missed by his family and many close friends in his home state of Maryland, his second home on the Northern Neck of Virginia, and as far away as California to Florida to Canada and Scotland.  Jack also made great friends in what was to be his retirement home at Cape Forchu and Kemptback Lake, Yarmouth County, Nova Scotia, Canada - aka “Jack’s Happy Place” - with Anna, a Canadian whose entire family from Canada to Scotland quickly embraced Jack as family.

Jack was an accomplished visual artist with a dry sense of humor and a gentle and generous heart.  He studied at PG Community College under Riverdale artist instructor Gerald King and enjoyed focussing on landscapes and portraits.

Jack loved race cars, whether he was building one with his buddy, working on his own or watching NASCAR.  All were with a strong preference for Chevrolets as evidenced by his cherished ‘69 Camaro RS SS.

Jack had a knack for gardening which might be attributed to his job as a very young man at the famous Behnke’s Nursery in Beltsville, MD.  In fact, he was the envy of many at his weekend getaway, Monroe Bay Campground near Colonial Beach, VA where he was quick and generous in sharing plants with his friends or people who just admired his banana trees, elephant ears, palms, yuccas, grasses and lilies.

Jack loved to be outside and has been an avid fisherman for most of his life.  Highlights included getting the gang together for their weekend “tournaments” at Greenbelt Lake or Lake Artemsia, grabbing a charter boat on the Chesapeake Bay or Potomac River, catching his first sailfish and other ocean delicacies with his family in Florida and close friends in Islamorada, or off his deck at the campground, on the Cacapon River at the “boys cabin” in West Virginia or the dock at Kemptback Lake, Nova Scotia.

Jack enjoyed spending time with his best buddies at the most famous “man cave” in Riverdale that included either the cold weather basement or warm weather picnic table.  If you don’t believe it, well, just ASK HARVEY!

Jack loved building fires and was often heard echoing the classic male pyro mantra “MORE WOOD!”  That was made most obvious at the legendary fire pit at Minebank Farm, another weekend getaway that he and Anna enjoyed for years and where the future Olympic sport of Monkey Brains Bowling was born.

Up until his passing Jack was employed at the U.S. Capitol.  He considered it an honor to work at and walk along the hallowed halls of such a distinguished and historic place.  Jack took pride in learning about its art and architecture and loved to educate his friends about this amazing building.  And someone better take care of “his” brass.  Jack will be watching!

Celebrations of Jack’s life will be held when we can gather outdoors.  Information will be updated here and on Jack and Anna’s Facebook pages.

In lieu of flowers or other gifts friends can make a donation by sending a check/cheque to the following.  Please note “Jack Prendable” so that the family can thank you.

To order memorial trees or send flowers to the family in memory of Jack Prendable Jr., please visit our flower store.