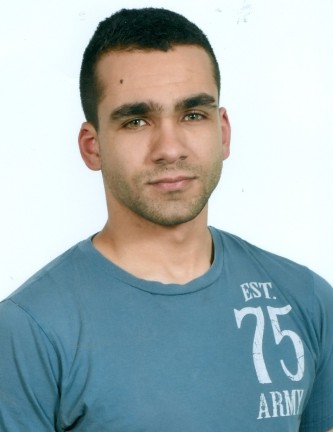 Jack moved from Berwyn, MD to Greenbelt, MD at age 10 and was a member of the Church of Jesus Christ of Latter-day Saints. He attended Paint Branch Elementary School in Berwyn MD, Greenbelt Elementary, Greenbelt Middle & Eleanor Roosevelt High School in Greenbelt MD and earned his GED while living in Jamestown MO. and had briefly studied Criminal Justice at PGCC in Largo, MD. Jack enlisted in the Maryland National Guard in 2013 and graduated Basic Training with his class A-Co. 1-19 Infantry Battalion class of May 2014 Fort Benning, GA. Jack and Suzannah were married on April 7, 2017 at the Prince George's County Courthouse in Upper Marlboro,MD. Being the big brother of Sally, graduating basic training and being married to Suzannah were the three things in this life which had made him happiest. Jack and his wife Suzannah were living in Greenbelt MD at the time of his passing.

The funeral to lay Jack to rest with Jesus Christ for family and friends will be held at 12:00pm on Friday May 5th at the Church of Jesus Christ of Latter-day Saint at 11525 Prospect Hill Road, Glenn Dale, MD.

To order memorial trees or send flowers to the family in memory of Jack Mills, please visit our flower store.