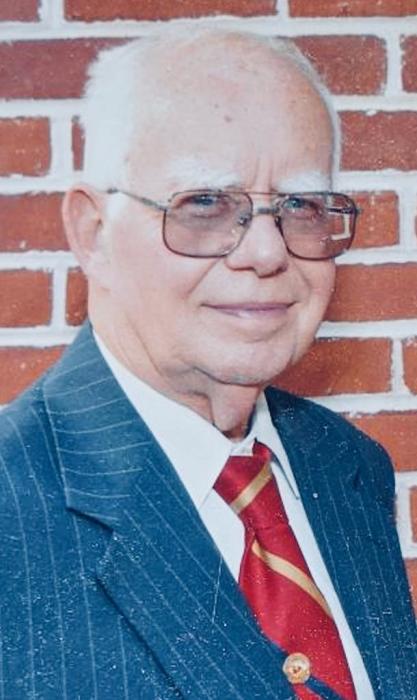 Frank Marbury Clagett, 95, of Upper Marlboro, Maryland, died on 9 February 2020. The son of the late Royden Douglas Clagett and Alice Dolores Clagett, he outlived his six brothers –Charles Thomas, John Douglas, Hugh Caldwell, David Clark, Robert Joseph Bowie and his twin George Guiger. He is survived by two sisters-in-law, Helen and Kathryn, and by a host of nephews, nieces and their children and grandchildren.

Frank Marbury was a Renaissance man – a writer, a poet, a photographer, a historian, a world traveler. Eager to experience and learn, he continued to seek new adventures and meet new people through his nineties. He remained grounded in his love of local community and family, hosting events to keep both connected and strong.

Frank Marbury attended Bancroft Elementary School in Washington, D.C and Marlboro High School from which he graduated in 1942. A University of Maryland, College Park alumni, he received his undergraduate degree in English and History in 1952 and his Master of Arts degree in English Language and Linguistics in 1956. He was a member of Phi Kappa Phi Fraternity. A devoted Terp, he served for four years as President of the Arts and Science Alumni Chapter and was an active member of the Prince George’s County Alumni Club, serving on its Board of Directors for over 40 years.

After graduation from college, he worked with the CIA for two years. Subsequently, he was employed on the staff of the American Road Builders magazine. In 1969, he joined the Staff of the National Oil Jobbers Council and two years later became a staff writer for the American Petroleum Institute. He retired from API in May 1989.

Frank Marbury was active in his communities. As a member of the Knights of Columbus, he served as an officer in the Immaculate Heart Council No. 2589 for 30 years and as its Grand Knight six times. He was a past Faithful Navigator of St. Thomas Manor Assembly, Fourth Degree Knights of Columbus, Port Tobacco, Maryland. At the time of his death he was a member of St. Pius Council in Forestville, MD. Frank Marbury was also a member of the Southern Maryland Society. For several years, he served as President of the Southern Maryland Property Owners Association.

Following a Mass of the Christian Burial at St. Mary of the Assumption Catholic Church in Upper Marlboro on February 22, 2020, he will be interred in the family plot in Mount Carmel Cemetery in Upper Marlboro.

To order memorial trees or send flowers to the family in memory of Frank Clagett, please visit our flower store.