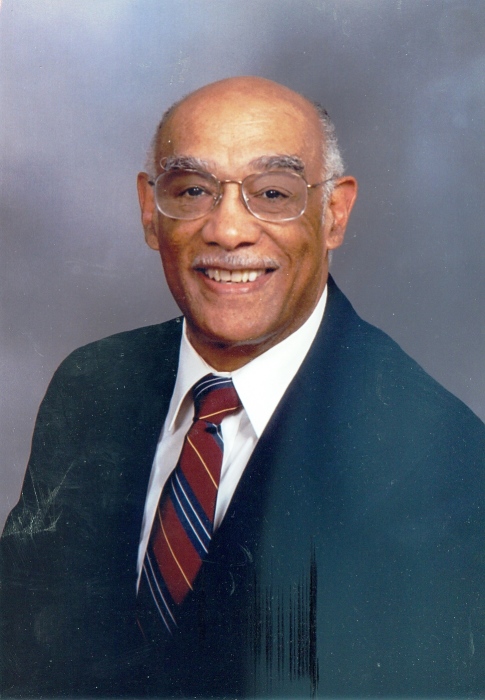 Elijah Wright Alexander, Jr affectionately known as “Alex” or "Junior", died April 15, 2017, at the age of 85, after his short but hard fought battle with Plasma Cell Leukemia. He was preceded in death by his spouse, Lourdes Belen Alexander on November 15, 2015. He leaves behind three children, Lorelie, Norma, and Brian; Sister Norma Jackson; grandchildren Kierra, Brianna, Dominic, Gianna, Tyler, Christian, and Braylon; and a host of nieces, nephews, cousins, and many friends. Elijah was born on November 5, 1931 in Salem, Ohio, the oldest of two children. He left Salem after graduating from high school and attended Youngstown College prior to joining the United States Air Force where he served as an engineer, propelling him into an aeronautics and aerospace career. At the height of his career, he worked for NASA as a Senior Systems Engineer and helped pioneer = Apollo XI (the first lunar landing mission) launched on July 16, 1969 led by Mission Commander Neil Armstrong and Pilot Buzz Aldrin. Elijah was awarded the Astronaut's Silver Snoopy Apollo Achievement Award for excellence in performance of support task for the landing. He married Lourdes Belen Alexander on December 8, 1972 and raised three children and his niece in Lanham, MD where he was a long standing active Member of St. Matthias Catholic Church. He was an avid pilot and former member of Aircraft Owners and Pilots Association (AOPA). At one time, he owned a Cessna aircraft and flew many times through the Bermuda Triangle. Always the adventurous type, he lived and traveled all over the world and at the age of 80, moved to Ecuador where he lived until the onset of his illness. Viewing will be April 21st, 2017 from 6 - 9pm at Gasch’s Funeral Home (4739 Baltimore Ave, Hyattsville, MD 20781.) Services will commence on April 22nd, 2017 at 9:30 am at St. Matthias Catholic Church (9473 Annapolis Rd., Lanham, MD 20706). Interment Fort Lincoln Cemetery.

To order memorial trees or send flowers to the family in memory of Elijah Alexander, please visit our flower store.