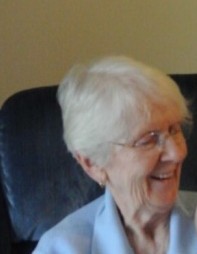 Eleanor May Friend-Geiger née Casteel passed away at the age of 93 in Lake Arbor, Maryland. Eleanor was born on May 30th, 1929 in Terra Alta, West Virginia to Stanley and Daisy Casteel. Her fond childhood memories include spring azalea blooms, wild berries, trekking through the snow to school, and swimming in the lake. After graduating Terra Alta High School in 1947, Ellie’s next stage of adventure involved attending Catherman’s Business School in Cumberland, Maryland. This led to her career as a secretary at the University of Maryland where she took the opportunity to continuously expand her education, play the French horn in the orchestra, and sing in the church choir.

Eleanor was a member of the First United Methodist Church in Hyattsville, Maryland where she raised her family with her husband of 40 years, James L. Friend. During their union they created and grew the Friends Tire Company. She will be laid to rest alongside him at Cheltenham Veterans Cemetery.  Later in life, Eleanor met Alfonso F. Geiger and they were married for 10 years before he passed away. She is predeceased, by her beloved siblings Ruth Porter, Stanley, William, and James. Eleanor and James Friend have three sons: Steven Friend Sr., Martin Friend, and John B. Friend. Her grandchildren were always shown her abundant love, sewing, cooking. They are Joseph Friend, Casey McMinn, Sarah Friend, Lauren Friend, Emily Friend, Daniel Friend, Steven Friend Jr., John J. Friend, Elizabeth Friend, Jacob Friend, and Michael Friend. Her great-grandchildren are Aiden McInturff, Wyatt McMinn, Levi McMinn, Wolfgang Friend, Lawton Friend, Paisley Friend, Rhett Friend, Bernhardt Friend, Ellie Friend, and Emmeline Friend.

The funeral is April 28th from 2:00pm – 4:00 pm at Gasch’s Funeral Home in Hyattsville, Maryland. In lieu of flowers, if preferred, donations may be made to The United Methodist Church: www.umc.org/.

To order memorial trees or send flowers to the family in memory of Eleanor Geiger, please visit our flower store.