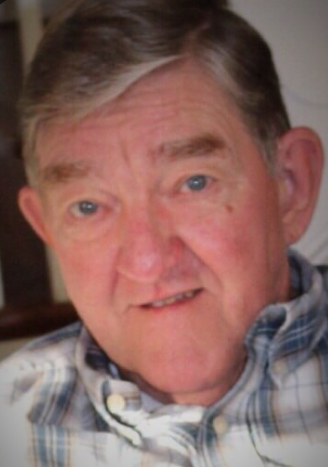 Edward George Dudley passed away peacefully on Tuesday, June 15, 2021, with his beautiful, loving, and (at times a little bit annoying) daughters by his side. Ed was born on a glorious Wednesday, September 25, 1940, to Edward Martin and Frances Louise (Bodmer) at their home in Tuxedo, Maryland. He joined his older sister, Marjorie Joan “Margie”, in an idyllic childhood “on the hill.” He attended Tuxedo Elementary School and was by all accounts never a jokester whatsoever. Life for Ed changed suddenly when his brother, Martin Thomas “Nook,” was born… but it’s okay, Ed and Nook ended up becoming the ultimate fishing and game-playing buddies. Ed attended Bladensburg Junior High and Bladensburg Senior High School, where he enjoyed playing sports and making others laugh. It was during his time as a Mustang that he met the future Mrs. Dudley, the lovely Maureen Theresa Cronin (a future C&P Cherry Blossom Princess in her own right.) In high school Ed volunteered as a firefighter at the Tuxedo Fire Department— the time he hopped on the wrong firetruck responding to a call won’t be discussed any further at this time. After his graduation from high school in 1958, Ed began a career with Ma Bell (C&P, AT&T, and a host of other names over the years.) He first collected coin boxes from payphones (it was a real thing back then; Google it), and later installed phones and fiber optic. He remained old school to the end, with a landline in his house and refusing to give up his flip phone. After attempting to elope but being stopped due to their car breaking down, Ed and Maureen successfully (as far as we know) married on July 10, 1965 at St. Mary’s Catholic Church in Landover Hills, MD. A little less than a year and half later, they welcomed their favorite child (at the time) Theresa Marie “Terry.” They then welcomed another daughter, Karen Ann, 23 months later. There is no truth to the rumor that Ed wanted to name her Edwina Georgette or that they actually found her in a neighbor’s trash can (as much as young Terry wished it were true)! Ed started work at the US Capitol building in the mid-sixties and was soon transferred to the White House telephone crew. This career move allowed him many once-in-a-lifetime experiences, including personally meeting every US President from Johnson through Clinton, as well as travelling the world to install secure communications for official travels. His favorite recollections were installing the phone lines Nixon used to talk to the astronauts, and the time he shook Mohammed Ali’s hand in the West Wing. Ed retired after 35 years of telephone service. Ed and Maureen moved away from their precious daughters as they were each starting families of their own (probably so they wouldn’t have to babysit the grandkids quite so much). Ed and Maureen’s wonderful neighborhood in Currituck, on the North Carolina coast, offered Ed all the fishing opportunities he wanted. He found it so much easier to just walk out the back door and throw a line in the canal (or occasionally ride a lawn mower into the canal too, but that is something that also will not be discussed at this time). This was when Ed got some new names: first, upon moving south, he gained a syllable – going from Ed to Aaaay-yed (say it out loud; you’ll get it) and then eventually to “Gissie.” Not fond of the moniker at first, once it was proclaimed by his oldest granddaughter that “Gissie means I love you,” there was no turning back. Unfortunately, after only 36 years of marriage, Maureen passed away in 2001. Since then, his daughters, son-in-law Kyle Gregory, and grandchildren (Allison Ruth, Samantha Lynn, Kyle Edward, and Rachel Anne) kept him extremely busy. They were his travel agents, planning cruises as well as trips to Las Vegas, Arizona, Massachusetts, Toledo, Slippery Rock, Pittsburgh, Lock Haven, Owings Mills, and innumerable trips back up to the DMV. In addition to travel, Ed loved to play games— and not just the one-armed ones at Maryland Live, MGM, and Dover Downs. He was always up for a game of Apples to Apples, Chicken Foot, Pegs & Jokers, cards, as well as his daily crossword puzzle, obituary-reading, Jeopardy, and Wheel of Fortune habits! He also loved watching Washington Football, the Lady Terps basketball, the Caps, the Wiz, the Nats, and the O’s— but not near as much as he loved his family, both near and far.  Ed was a strong man, but not strong enough to beat all the symptoms of Covid-19. Get vaccinated! His family apologizes to any of the doctors, nurses, and caretakers he (or Karen Ann) were cranky with in his last few days. To set the record straight, that was not Ed, as he will always be remembered for being a kind and gentle man. A great big thank you to those that supported him and took such wonderful care of him in his final days. He is up in heaven now holding a fishing pole and a Yuengling with Maureen by his side, resting in peace. Ed was an extremely giving man, so following his lead, the family asks that in lieu of flowers, you make a donation to your favorite charity. If you do not have a favorite, this was one of Ed’s favorites: Newborns in Need, the Southern MD chapter, c/o 12801 Molly Berry Road, Upper Marlboro, MD 20772.

To order memorial trees or send flowers to the family in memory of Edward Dudley, please visit our flower store.