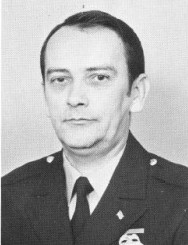 Duffie Eugene Dawson was the only child of Duffie and Mattie Dawson. He was born in Kentucky and raised on a farm. Duffie attended a one room school house. The family moved to Orisi, California when Duffie was 12. His father was killed in a car crash when he was 16.

He worked various jobs during and after high school. He joined the National Guard and later the Army during the Korean War. While in the Army, he was transferred to Fort Meade and met his future wife and sweetheart, Joan, while attending church with friends he knew from California.

Duffie and Joan were blessed by 3 children that survive them. Duffie was a lively person who loved to talk to folks and help them out when he was able. Duffie and Joan loved to visit friends and family in California, Arkansas, Tennessee, Kentucky, and the mountains in Virginia whenever possible.

Duffie succumbed to cancer and joined his Lord and Savior on September 13, 2021. He was surrounded by people that he loved in his final moments.

To order memorial trees or send flowers to the family in memory of Duffie Dawson, please visit our flower store.