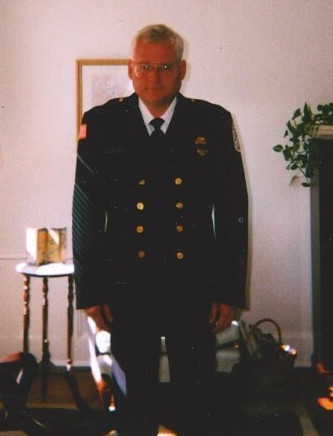 Donald Van Leuven died unexpectedly on Wednesday, November 16, 2022.  Born on October 8,
1955 to Lloyd E. and Margaret Van Leuven, he was predeceased by his sister, Marcia Brown. He
is survived by his wife, Ann Van Leuven, sister, Phyllis Britton (Ron) and brother, Richard
(Mary) and nephews, Mark and Paul Van Leuven and Matthew and Michael Taranto.
Don graduated from New Berlin, NY High School and obtained a Bachelor of Science Degree in
Fire Protection from the University of Maryland.  He worked for the District of Columbia DCRA
as a Fire Inspector for over 20 years. Don joined the New Berlin Volunteer Fire Department
where he began his volunteer firefighting service and continued when he moved to this area in
1978 to attend the University of Maryland. Don was a life member of Chillum Adelphi Volunteer
Fire Department where he held several offices being President from 1992 thru 2000.
A celebration of life will be held at Gasch’s Funeral Home, 4739 Baltimore Avenue, Hyattsville,
MD on Wednesday, November 30th at 11 am with services beginning at noon. In lieu of flowers
the family suggests donations be made to the Chillum Adelphi Volunteer Fire Department, P.O.
Box 7459, Adelphi, MD  20787.
To order memorial trees or send flowers to the family in memory of Donald Van Leuven, please visit our flower store.