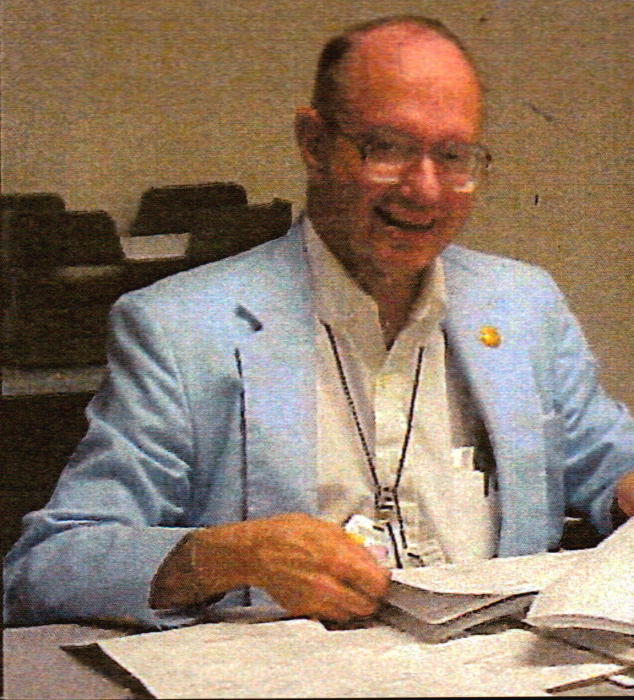 Donald Lokerson passed away peacefully on September 22, 2019, surrounded by his immediate family. He was the beloved husband of 57 years to Judith Conn Lokerson, loving father of Susan Lokerson Ireland and Mary Custis Rusten (Michael), and devoted grandfather of Matthew, Monica and Marcus Rusten. A longtime resident of New Carrollton, MD, and a resident for the last five years of Collington, he was born in Washington, DC April 18, 1939, to John and Dorothy Lokerson, who were surprised by the arrival of triplets, Donald and his identical twin, David (Nancy) and their sister, the late Doris Walter (Henry). He was also the brother of the late Jean Lokerson and Robert Lokerson. He is survived by his cousins Karl Eschlager (Charlotte) and Ann Brown.

Donald grew up in Chevy Chase, MD, where he graduated from B-CC High School, during which time he was an enthusiastic amateur radio operator. He graduated from the George Washington University with BSEE and MSEE degrees in electrical engineering. He started work at Goddard Space Flight Center in Greenbelt, MD as an aerospace engineer immediately after receiving his first degree from GWU and thoroughly enjoyed the triumphs and challenges of his career until his retirement in 2007. While at Goddard, he produced several patents, one of which involved independent speech recognition systems, which led to his founding of his own company, Lokersystems, to further the study of this subject, a successful venture for 6 years. For several years, he enjoyed monthly gatherings of the Goddard Retirees Association. He was a regular and regularly involved member of The Church of the Epiphany, Washington DC, serving the church in many capacities with great passions, including being the Warden for 10 years. He was enthusiastic Man in Green for our Girl Scout Council, enjoyed being on staff on camping trips and travelling abroad with Girl Scout Trainers to England and Switzerland.

After his diagnosis of FSH Muscular Dystrophy, he and Judy were part of a local support group, part of a national group, The FSH Society, and they traveled to many conferences around the country to lead discussions and help others with the same condition.

To order memorial trees or send flowers to the family in memory of Donald Lokerson, please visit our flower store.