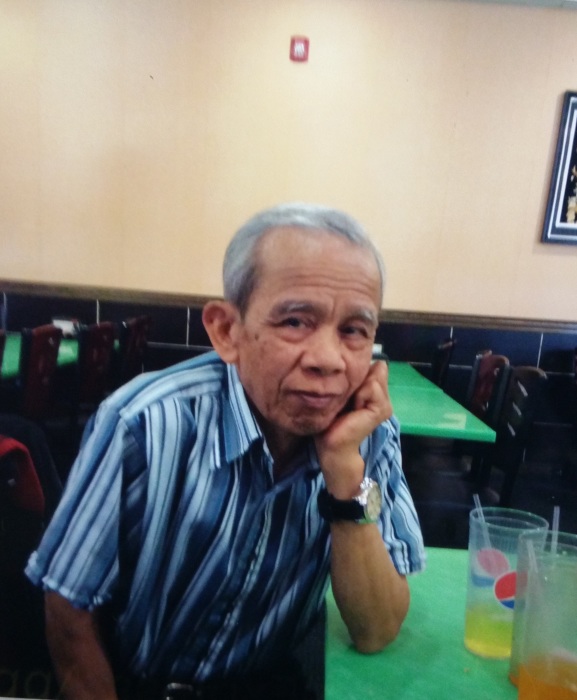 Demetrio S. Angdisen also known to most as "Demy" died April 24th, 2017 at the age of 77 at NMS Healthcare (formerly St. Thomas Moore) in Hyattsville, MD.

He was preceded in death by his father Mariano, his mother Emilia, his sister Anastacia and his daughter Joy Teena.

He was born in a farming community, near the Abra river, in the barrio of Abang, in the town of Bucay, the province of Abra, in the Philippines on February 28, 1940. He left for Baguio City to obtain his BA in Liberal Arts from Baguio Colleges Foundation and then attended the Philippine Baptist Theological Seminary and got his BA in Theology, where he also met his future wife of 47 years. While studying at the seminary , he also worked as a member of the staff at University Touch Center, an outreach ministry center for high school and college students. As a member at University Baptist Church of Baguio City, he served the church in different capacities including serving as an Ilocano pastor for the Ilocano service.

He emigrated with his family to the Unites States in 1991 and joined to become a member of Calvary Baptist Church, located in DC's Chinatown. He also was  part of Calvary's custodial staff until he retired in 2005. He was involved with the Downtown Social Club and helped by leading communion. He also helped with the Community Senior Chinese Lunch held at Calvary during weekdays.

In his free time, he loves to tend to his garden, doing carpentry and woodworking, and taking care of his grandchildren.

Funeral Service is on April 29th at 12-1 PM at Gasch's Funeral Home.

To order memorial trees or send flowers to the family in memory of Demetrio Angdisen, please visit our flower store.