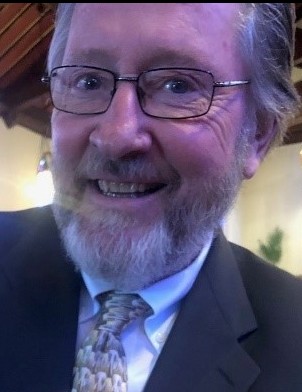 Daniel Layne Thessen was born to Betty and Roland Thessen November 11,1954 and was taken from this earth on June 26, 2019. A classic example of the ‘the good die young.’

Dan is survived by his beloved wife, Shelley, our daughters Courtney Marie, Callie Danielle, Jesse Carroll, and Jamie Rose (shared with Ed Rowton) and our grandchildren, Brendan (8), Marcus (4), Kennedy (2), Atlee (2), Mason (9mon), Carter (3mon), Holden (3mon) and unborn Aavin. He was born in Loveland, CO, following his older brother Mike. The family went on “digs” finding artifacts and treasures giving Dan an early love of the outdoors. They moved to California when Dan was 11 and finally settled in Sacramento. He attended Mira Loma High School and was an all-star athlete in basketball, track and golf. Dan grew up skiing at Tahoe, and all but created ‘object golf’ – the precursor to disc golf. Dan temporarily waived off college in lieu of the United States Marine Corp – The best of the best for him! He excelled both in his studies and physical training and was promoted to Sergeant in short order. After boot camp, Dan was selected for the Silent Drill Team and the Color Guard, an incredible honor, performing for Heads of State in Washington, DC and around the United States.

Settling in Maryland following the Marine Corp, Dan fathered his two children and began a career in Security. First, with Vance, world travelling for the Saudi Arabian Embassy, and attending the University of Maryland. Later on Dan rejoined the Federal Government with the BARC/USDA/ARS completing his 20 year service to the government. Dan only just retired from his 42 year career in March 2019. He was smiling, organizing, playing music and disc golfing again – enjoying our girls and their babies every chance he got.

On a personal note, Dan Thessen was a gentleman – not just of convenience but in all he did. He was a devoted loving husband who never let a day go by without my knowing it. He was a loving father to his girls and mine. He adored all these babies, and had such fun with their parents! We felt blessed with our yearly ski big birthday bash in Vermont, our traditional beach experiences with “the kids”, taco nights, all birthdays, Holidays – ANY excuse for a brunch.

Dan Thessen, my Baby, Dandan, Daddy… may you rest well.

To order memorial trees or send flowers to the family in memory of Daniel Thessen, please visit our flower store.