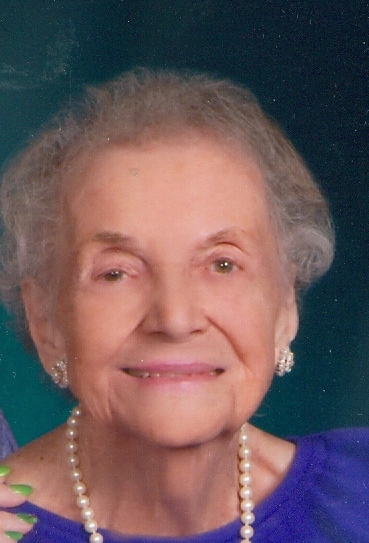 On Thursday, July 6, 2017 in Silver Spring, MD. She was a resident of Adelphi, MD, formerly of Mt. Rainier, MD for 82 years. Daughter of the late Robert Buchanan and Corrinne Malinda (Parker) Milton. Granddaughter of Robert Lorimer and Ida (Buchanan) Milton and Charles Clarence and Mary “Molly” Elizabeth (Shaw) Parker. She was the sister of the late Dorothy May (Milton) Hysan (John). Estelle graduated from McKinley Tech High School in 1937. She was married to the late Earl Francis Miller in 1941, with whom she shared over 55 years. Estelle worked as a secretary for C & P Telephone Co. for over 30 years before retiring. She was a member of St. John’s Episcopal/Anglican Church in Mt. Rainier, MD for 94 years, where she served in many capacities. She was also a member of Bethel No. 10 of Job’s Daughters and was selected Queen in 1937. Estelle was a loving and supportive mother and grandmother, and an aunt, cousin, friend, and neighbor to many. She had a quiet strength and was a compassionate Christian. She especially enjoyed traveling, reading, sewing, church activities, and the Washington Redskins. She had a long and interesting life and will be greatly missed by family and friends. She is survived by her daughter, Margaret Corrinne Miller (companion Clarence Bee, Jr.), and her son, Barry Earl Miller (Kathleen Sharon Weaver Walker Miller); grandchildren Jeffrey Scott Miller (Chelsey), Danielle Marie Miller, Gregory Martin Walker, Lara Anne Granzow (Matthew), Lawren Shelynn Andes-Miller (companion Joseph Austin); great-grandchildren Shannon, Jeff, Jr., Jakob, and Nikolaas Miller, Jake, Jackson, Jayden, and Jordan Walker, Lily, Macy, and Mara Granzow, and Steven Austin. Friends may call at Gasch’s Funeral Home, P.A., 4739 Baltimore Avenue, Hyattsville, on Friday, July 14 from 5 to 8 PM, and also on Saturday, July 15 from 10 AM until service time at 11 AM at St. John’s Episcopal/Anglican Church, 4112 34th Street, Mt. Rainier, MD. Interment Fort Lincoln Cemetery, Brentwood, MD. Reception to follow the burial at the church. Memorial contributions may be made in Estelle’s name to St. John’s Episcopal/Anglican Church at the above stated address.

To order memorial trees or send flowers to the family in memory of Corrinne Miller, please visit our flower store.