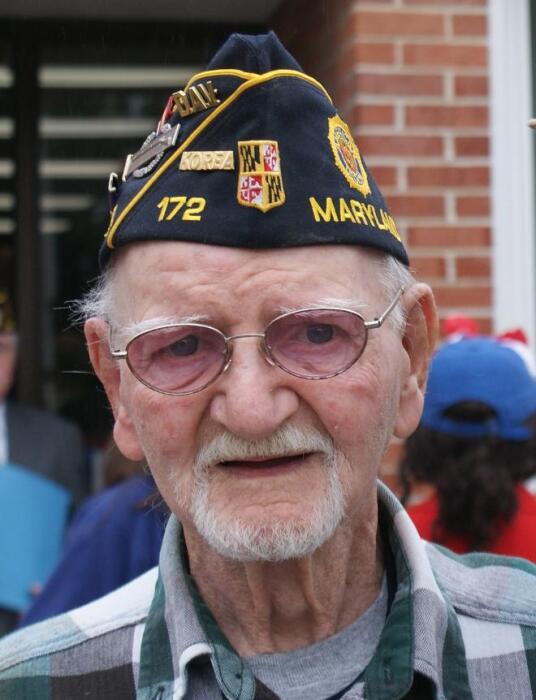 Charles David Wise, III, born September 3, 1931 in Washington D.C. was soon nicknamed “Bucky” - which he remained for the rest of his life.  Bucky passed away at the age of 89 on Sunday, January 24, 2021 at Carroll Hospice, in Sykesville, Md.

Bucky spent his younger years in the Washington D.C., Hyattsville, and Riverdale areas and in 2005 moved to Sykesville to be with his close and long-time friends.  As a teenager, he began working as a bricklayer apprentice and joined the Army Reserve in 1949.  He then joined the Regular Army in 1951.  PFC Bucky Wise was assigned to the Ordnance Corps (9337 TSU Ord Co) which led to his deployment in defense of South Korea.  During his military service, he was awarded the Good Conduct Medal, National Defense Service Medal, Korean Service Medal with 3 Bronze Service Stars, United Nations Service Medal, and the Republic of Korea Presidential Unit Citation Badge.

Bucky was discharged with a service time of 4 ½ years with 1 year and 25 days of foreign service in Korea.  After his discharge, he worked various jobs including working as a liquor store clerk, bar room assistant, co-owner of the bar and in the produce industry.

Bucky suffered from “Shell Shock” as a result of his Korean War service.  Although the Army acknowledged his condition upon discharge (now known as Post Traumatic Stress Disorder- PTSD), he did not receive full compensation until 1997 when they changed his status to a 100% disabled U.S. Army Veteran.  He was very grateful to his relatives, friends, and all the members of the American Legion and the VFW that assisted him with his appeals and rating reclassifications; he would not have succeeded on his own.

A viewing will be held on Tuesday, February 16th from 2-4 and 6-8 p.m. at Gasch’s Funeral Home, P.A., 4739 Baltimore Avenue, Hyattsville, MD 20781.  A memorial service will be held in the Chapel at Gasch’s on Wednesday, February 17th at 11:30 A.M. with burial immediately following at Maryland Veterans Cemetery in Cheltenham, located on Rt 301 at Frank Tippet Road, Prince George’s County, MD.

To order memorial trees or send flowers to the family in memory of Charles "Bucky" Wise, III, please visit our flower store.