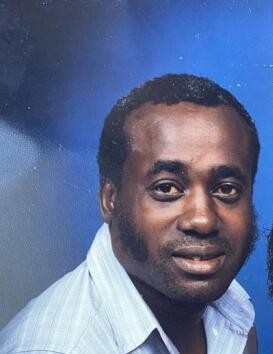 It is with heavy hearts and sadness that we announce the death of Mr. Charles Ouma Ragwar of Uholo, Siaya County. He passed away in Washington DC on Tuesday, November 17th, 2020 after several years of illness. Charles is remembered fondly as a kind, thoughtful, generous, and humorous person. His humor and thoughtfulness attracted many people from different backgrounds. Charles seemed to know everybody from the Greater Washington DC area to his native Kenya and beyond. His home was a welcoming place where people gathered often, especially on weekends. Charles and his wife always provided food and laughter to the people they brought into their lives.

Charlie, as he was affectionately known, is survived by his wife Dorine Odanga-Ragwar and their sons Dr. Geoffrey Otieno Ouma, Ochieng’ Ragwar, Oyugi Ragwar, Okinda Ragwar, and Ochola Ragwar. He is survived by Geoffrey’s children, Veronica Slater and Jude Odanga Ouma. Charles was one of nine children growing up in Uholo, Kenya. He was predeceased by his parents Nathan (Reggy) Ragwar and Rosa Were Ragwar as well as his brothers Simon, John, and Onyango. He is survived by Isaac, James, David, Esther, Jennifer and sisters-in-laws Sylvia, Mae, Monica, Patricia, and Joanne. Charlie is also survived by his uncle Peter Ochiel Ragwar and brother-in-law Ghana Otieno. Charlie also has numerous nephews and nieces.

Services will be private and will be held at George Washington Cemetery in Adelphi, Maryland on Monday, November 23, 2020 at 1:00 p.m.

To order memorial trees or send flowers to the family in memory of Charles Ragwar, please visit our flower store.