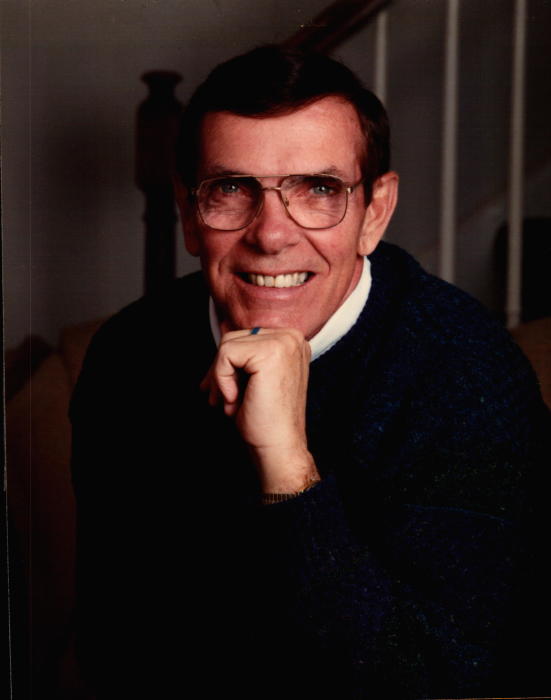 On Friday, June 14, 2019, of Huntingtown, MD. Loving husband of the late Joan B. McConville Brown. Beloved father of three daughters, Theresa (Timmy) Ballenger, Cynthia (Gary) Tremper, and Kathleen (Fran) Cannon. Also surviving are 7 grandchildren, Tricia (Justin) Ballenger, Tom (Michelle) Ballenger, Ashley (Matt) Fridell, Riley Cannon, Michael Tremper, Shayne Cannon and Kailey Cannon, 4 great grandchildren, Gloria, Cormac, Rory and Oona Ballenger and sisters, Dolores Krystek (Smitty) and Gail (Lee) Hixenbaugh. Preceded in death by his parents, Charles S. and Julia Ruffing Brown and son-in-law, Timothy Ballenger. Chuck moved from Pennsylvania to Maryland during the summer of 1963 and began working at Bladensburg Senior High School as a Physical Education/Health teacher. He was named the head Football coach in January 1964 and directed the MPSSAA State Basketball Tournaments at the University of Maryland. During the summers he managed several swimming pools in the county and eventually became the President of the Cheverly Swim Club. Also during the summer months, he taught Driver’s Education until he took a 12-month job with the county. In 1982, he became the Supervisor of Physical Education K-12 until he became the Supervisor of Interscholastic Athletics, where he remained until his retirement in June of 1997. Family was everything to Chuck. He thoroughly enjoyed his visits with family and especially liked watching his grandchildren playing sports. He was also a pet lover so it goes without saying he loved all his granddogs as well. Family and friends may call at Gasch’s Funeral Home, P.A., 4739 Baltimore Avenue, Hyattsville, MD on Tuesday, June 18, 2019 from 2 to 4 and 6 to 8 pm. A second viewing will be held at St. Ambrose Catholic Church, 3107 63rd Avenue, Cheverly, MD on Wednesday, June 19 from 10 until time of service at 11 am. Burial following at Ft. Lincoln Cemetery, Brentwood, MD.

To order memorial trees or send flowers to the family in memory of Charles Brown, please visit our flower store.