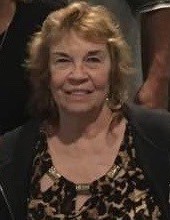 Later in life married the late Joseph (Frank) Hoffman. Charlene had many loving and devoted friends that she enjoyed spending time with at the American Legion.

After retiring from the Department of Education she enjoyed a Caribbean cruise, many road trips and looked forward to dinners with her grandchildren.

A celebration of Charlene’s life will be held at Gasch’s Funeral home at 4739 Baltimore Avenue Hyattsville, MD. 20781, on Friday March 8 12-2pm.

To order memorial trees or send flowers to the family in memory of Charlene Hoffman, please visit our flower store.